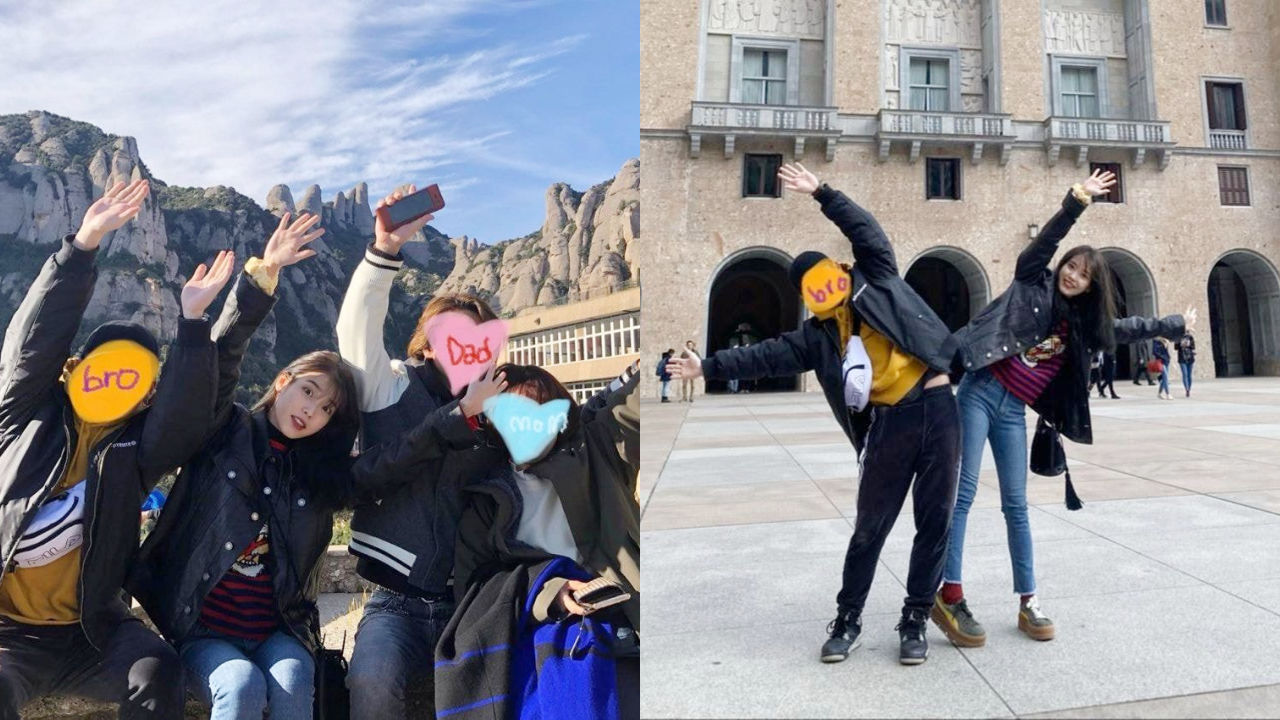 It looks like K-pop artist IU is having a blast with her family in Spain.

On January 14, IU updated her Instagram with photos from her family vacation.

There were photos of IU and her three family members―mother, father and younger brother visiting beautiful tourist places around Spain.

As IU never unveiled photos of her family to the public, she had drawn over their faces for their privacy.

What caught the attention of fans were that she drew hearts over her parents' faces, but not over her brother's face.

This "real" and relatable sibling moment certainly made a lot of fans laugh.

Despite the fact that their facial expressions were not shown, they all looked like they were having a great time together.

Recently, IU wrapped up her concert tour 'Love, Poem' that she held around the cities in Asia.

It is assumed that she has decided to take a break from work for a while after the end of 'Love, Poem'.