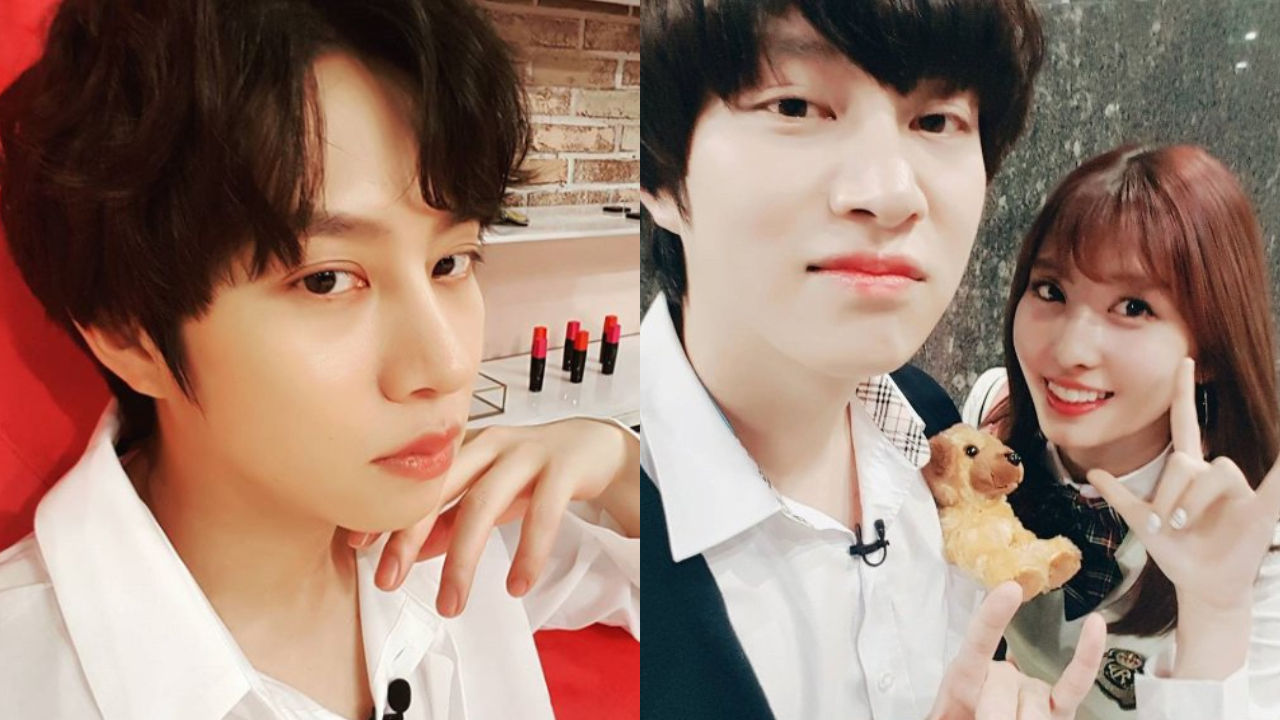 On January 13, HeeChul took part in filming one television show where some of his fans were present to give him support.

According to a fan who was there, HeeChul apologized to fans whenever he made eye contact with them during filming.

The fan explained, "HeeChul kept on saying sorry to us. At one point, I playfully said to him, 'So, you know why, huh? Is that why you told me that I should get a boyfriend?'"

She continued, "He responded with an awkward smile, 'I just feel horrible. I just want you guys to know that it hasn't been three years like what is going around on the Internet. That really isn't true.'"

She added, "You know, he couldn't even look straight into our eyes. I told him though, 'Hey, we were just joking. We knew that you were going to behave like this to us. Seriously, don't be like that. You don't have to apologize to us it all.'"

Previously on January 2, HeeChul and MOMO's management agency confirmed that the two stars are in a relationship.