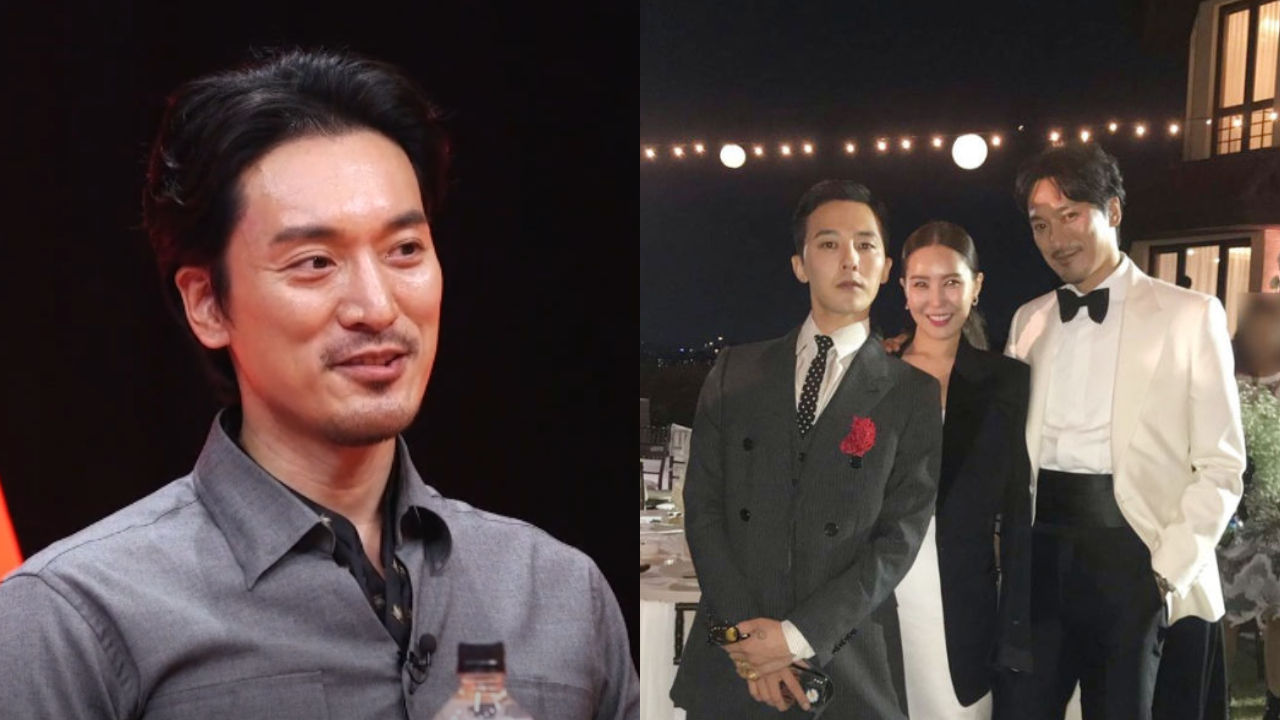 As Kim Min-joon and G-DRAGON's older sister Kwon Da-mi got married only about three months ago, he was asked a lot of questions about G-DRAGON and his newly-wed life.

Kim Min-joon said, "I met my wife through my friend. He/she arranged a date with her. I was told that she was G-DRAGON's sister before I met her and I got a bit nervous. But my friend was like, 'Just meet her and see what she's like. No pressure.'"

He continued with a smile, "My mind has definitely become much more peaceful and healthier after marriage. I'm very happy right now."

Then, Kim Min-joon shared what it was like when he met G-DRAGON for the very first time.

The actor said, "I first met G-DRAGON on one of his day offs from the military. I'm not going to lie; it was quite awkward. I was nervous as well."

He laughed and continued, "I heard that he actually had asked around about me when he found out Da-mi and I started seeing each other. Apparently, they all told him that I was alright, so it was after I had passed the first round."

The host Seo Jang Hoon commented, "Didn't G-DRAGON send you a snack truck to the shooting site for your drama the other day? Does he always take care of you well like that?"

Kim Min-joon responded, "Ah yes, he did. He and I share a quite similar personality. We both look like the type of people who don't care about others, but we do. We would do it the not-too-obvious way though."

He went on, "For instance, G-DRAGON would bring two caps when meeting up with us. He would just sort of throw the caps on a table in front of us, then say, 'One's for Da-mi and the other one's for you, hyung.'"