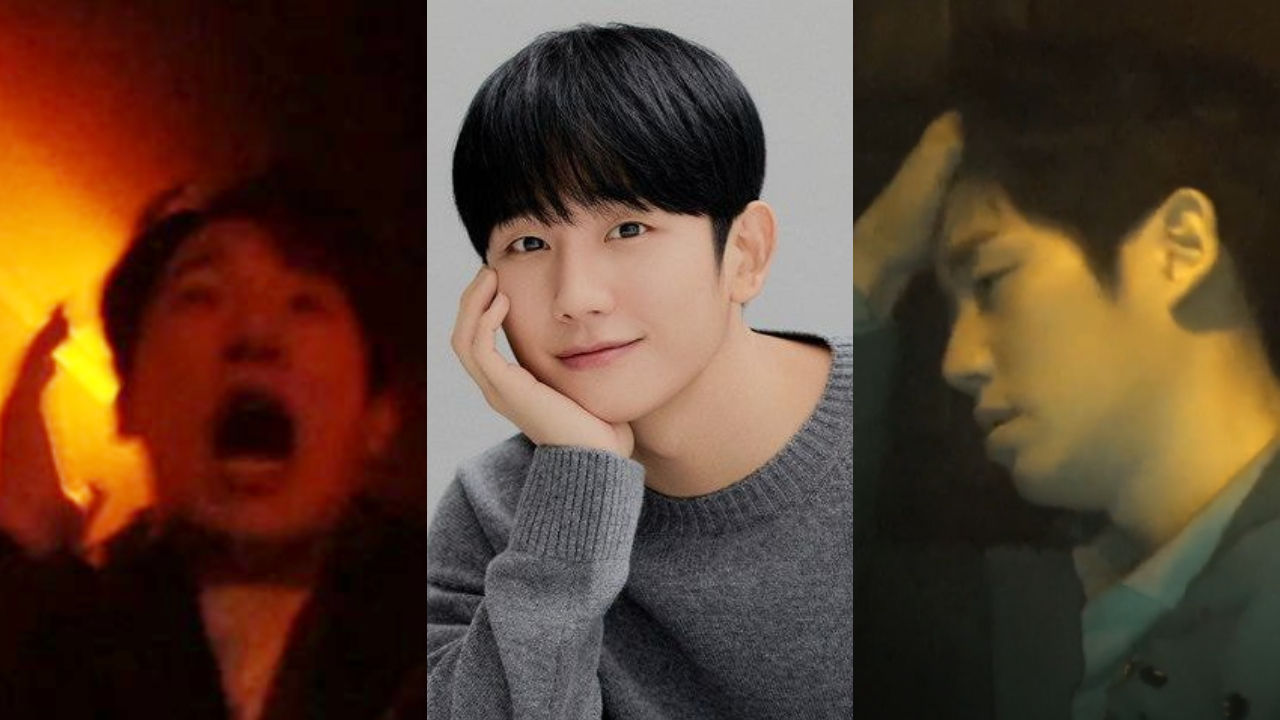 Actor Jung Hae In sweated a bunch and almost cried at the haunted house.

After entering the haunted house, Jung Hae In told one of his friends to lead the way.

Then, Jung Hae In walked behind the friend with another friend behind himself to make sure he had the least contact with ghosts and zombies there.

While walking, he got so scared that he did not dare to look around him at all; he did not turn his face around for a second.

Whenever ghosts and zombies came out of nowhere and surprised him, he would scream at the top of his lungs.

Jung Hae In sounded as if he was about to burst into tears as well.

When he came out of the haunted house, Jung Hae In was completely drenched in cold sweat.

The actor stared blank for a bit and commented, "Wow, that was one frightening experience. That was seriously something else. It even made me a little nauseous."

Then, he looked towards the camera and said, "But if you are visiting New York City during Halloween, then it's something you must try. That place will terrify you like crazy, but it will definitely be worth a shot."