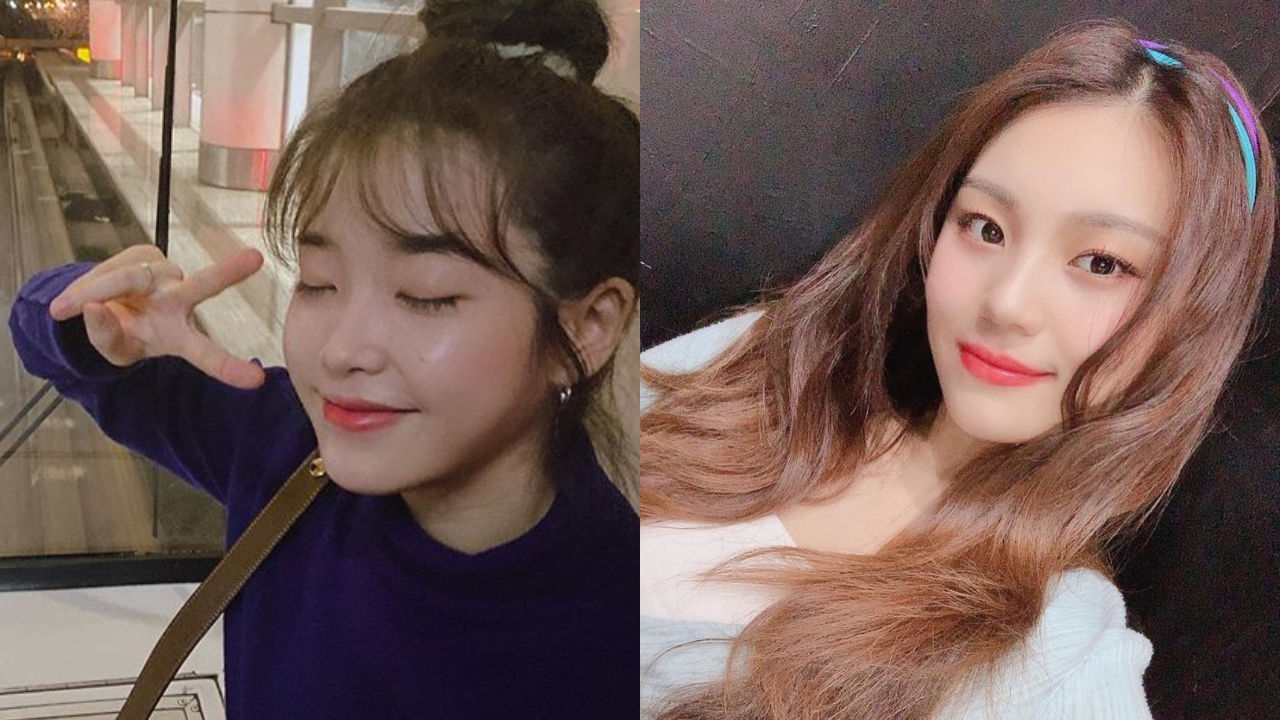 Singer/actress IU talked about the gift she received from Umji of K-pop girl group GFRIEND that she has been carrying everywhere.

During the broadcast, IU received many questions from listeners.

One listener asked IU to reveal one item that she always carry during her overseas tour.

To this, IU said, "I actually brought it today!", and showed the scrunchie on her right wrist.

She explained, "GFRIEND Umji came to my 'LOVE, POEM' concert in Seoul and gave this to me. I always tie my hair up with this scrunchie and wear it like a bracelet."

She continued, "Umji gave a whole pack of scrunchies with a letter that says, 'I think you have received so many gifts, so I'll give you something practical that you can use every day.' I thought it was so cute and thoughtful."