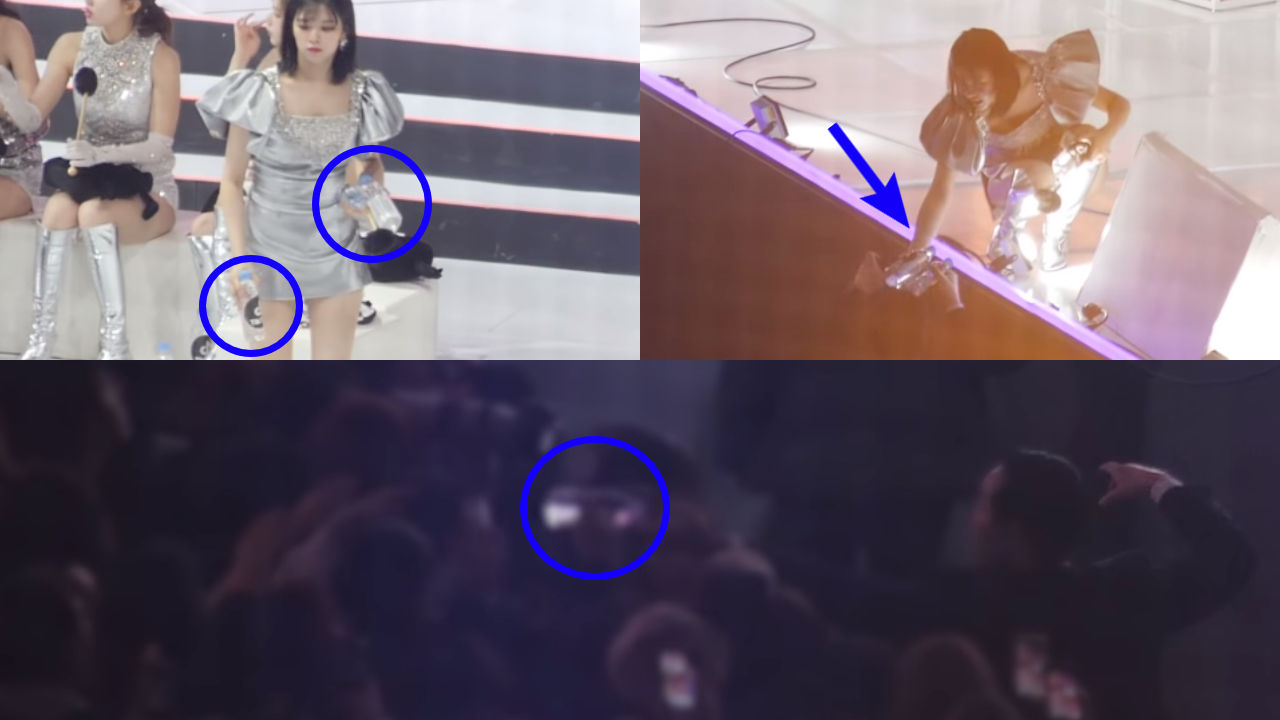 K-pop girl group TWICE's member JEONGYEON was spotted passing the group's water bottles to fans in the audience after seeing them looking all exhausted.

During the event, the members of TWICE were sitting in the artist zone where they could easily see fans in the audience.

While looking at the audience, JEONGYEON noticed that there were some fans looking like they were having a very difficult time.

As the area where the fans were standing was clustered with hundreds of people, some fans were being squashed, which made them struggle to even breathe properly.

When JEONGYEON noticed them, she thought for a bit and grabbed her water bottle that was sitting underneath her seat.

After JEONGYEON took a step towards them with the bottle, she turned around and told her fellow members about it.

As soon as JIHYO heard what was going on, she gave JEONGYEON more water bottles on the table.

With three bottles in her hands, JEONGYEON walked towards the edge of the stage.

Then, she passed the bottles to the security staff and pointed to those exhausted fans.

Afterwards, JEONGYEON went back to the artist zone.

There, NAYEON gave her one more bottle and JEONGYEON once again passed that on to the security staff for fans.

This thoughtful and sweet gesture of TWICE members is melting the hearts of many fans.