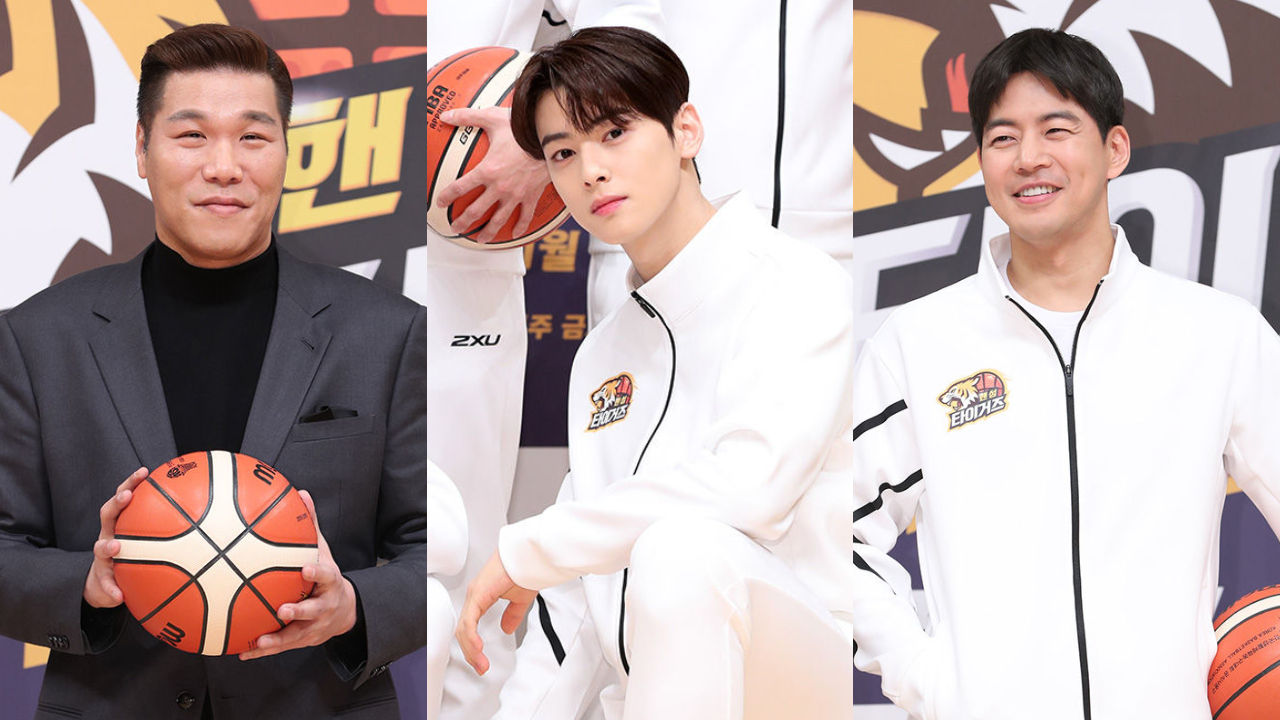 During the press conference, Seo Jang Hoon was asked which players he considered were better than he had initially believed.

Seo Jang Hoon responded, "Well, I've always been aware that Lee Sang Yun, Seo Ji-seok and Julien Kang were good at playing basketball, and they were as good as I had expected."

He continued, "But I had no idea that Cha Eun-woo and Yoo Seonho were good at it at all. It turned out that they not only have amazing basketball skills, but also are very athletic. I believe they both have great potentials as well."

A little while later, Lee Sang Yun was asked who he thought an ace player out of the team was.

Lee Sang Yun said, "If we are purely talking about their skills in basketball, then I'll certainly say that it is Su Inn. I'm sure everyone will agree with me on this, because Su Inn's really got the talent."

The actor went on, "However, I personally want to say that an ace is Eun-woo. First, he's good-looking... Second, he's super fast... He's actually the fastest here."

He added, "I had not known that Eun-woo was this good at playing basketball, you know. I was impressed. He's just that one guy that this show needs. I think he's an ace in every way."

'Handsome Tigers' will show the players of the team gathering together to practice and having basketball matches with other amateur teams.

The first episode of the show is scheduled to be unveiled on January 10 at 11:10PM KST.