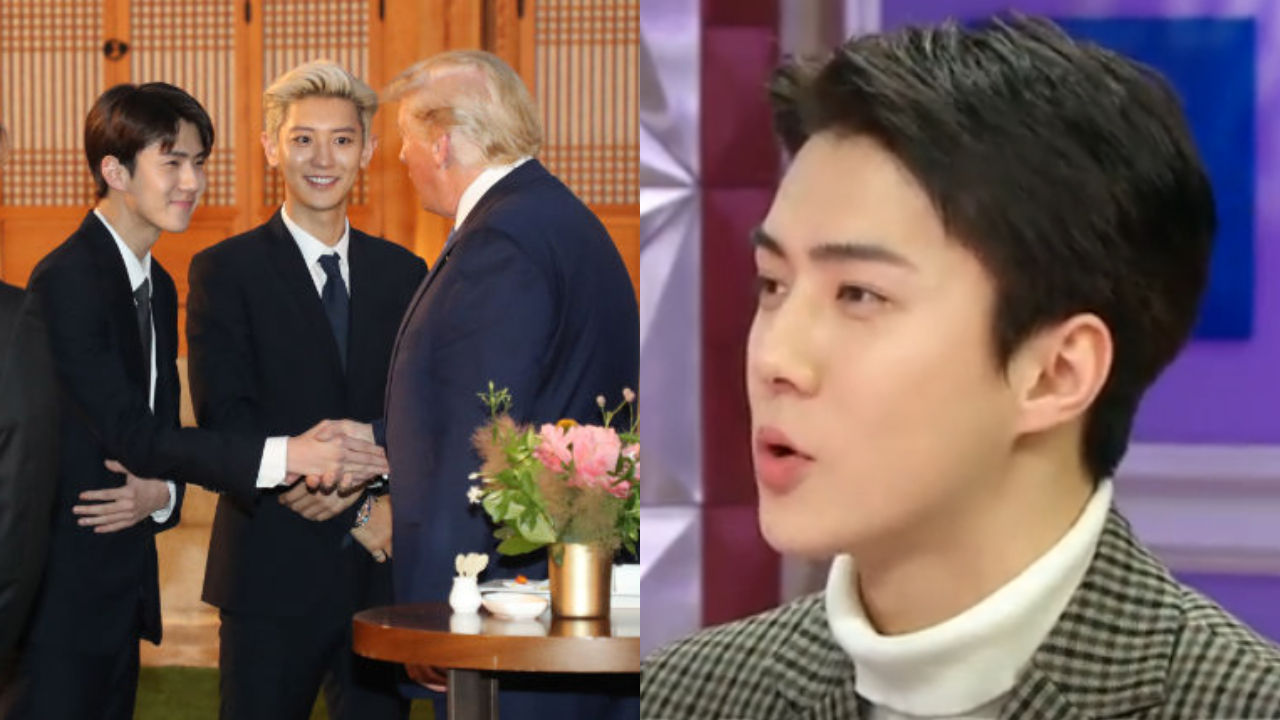 K-pop boy group EXO's member SEHUN revealed a hilarious reason why he sweated so much before meeting Donald Trump, the President of the United States.

During the talk, SEHUN reminisced the time when he got invited to the Blue House's cocktail party where he met the U.S. President Donald Trump.

SEHUN said, "Back in June, I had an opportunity to meet President Trump at the Blue House. I was too nervous to meet him that I even broke into a cold sweat right before our meeting."

When asked why, SEHUN laughed and commented, "You know how he is known to shake hands really hard? I was just very worried about that."

He explained, "It was because I had fractured my pinky and was wearing a splint on it. I didn't know whether to just bear the pain or tell him about my pinky. I even memorized a sentence, 'My finger is broken.' in English in case I decided to say it. I was that concerned."

The K-pop star added with a laugh, "When the moment came though, that sentence totally disappeared from my head; I went totally blank. Well, I had put my hand in as far as I could so that there was less pressure on my pinky anyway."

Meanwhile, EXO returned to the K-pop scene with a new album 'OBSESSION' on November 27.