[SBS Star] VIDEO: Halsey Shares a Collaborative Track with BTS SUGA Is on the Way 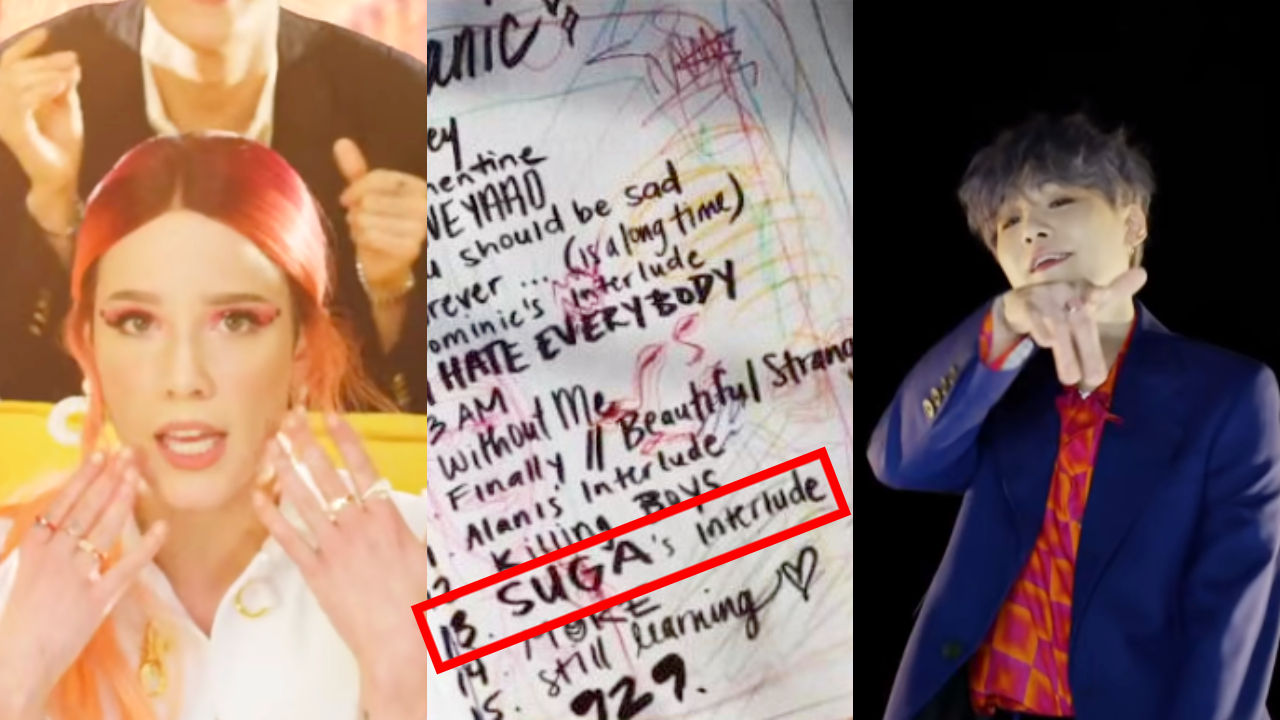 American singer Halsey revealed that a collaborative track with SUGA of K-pop boy group BTS will be unveiled soon.

On December 4, Halsey updated her Instagram with a video of herself writing the track list for her upcoming album 'Manic'.

On the tracklist, the #13 track titled, 'SUGA's Interlude' instantly caught the eye of K-pop fans.

At first, they were not sure whether she was referring to SUGA of BTS, but as she tagged BTS' Instagram account soon after, it became clear that she was in fact talking about SUGA that they had in mind.


Then, a short while later, Halsey went live on Instagram.

During the live broadcast, she mentioned why she decided to work with SUGA again after 'Boy With Luv' earlier this year.

Halsey said, "There are some collaborative tracks in 'Manic'. There is one with Dominic Fike, one with BTS' SUGA and one with Alanis Morissette."

She continued, "These three people are who I think well-represent parts of my psyche and personality in many different ways."

She added, "Yoon-gi (SUGA's real name) is really introspective, and has an intelligent perspective on where we are and what we are doing in our unique lifestyles."

.@halsey talking about #YOONGI (she called him Yoongi ��) and why she choose him for the collab �� #SUGA pic.twitter.com/ON5OZN5Jsd