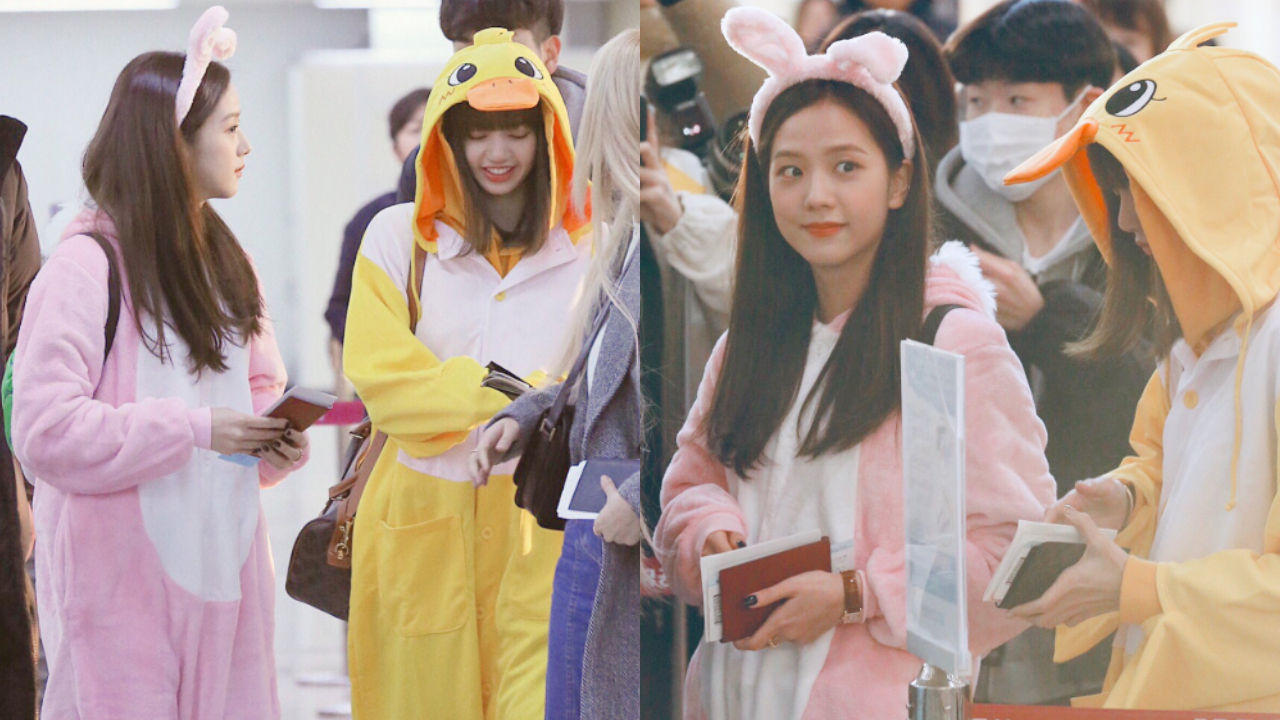 JISOO and LISA of K-pop girl group BLACKPINK showed up at the airport looking extra cute.

On December 3, the members of BLACKPINK―JENNIE, ROSÉ, JISOO and LISA arrived at Gimpo International Airport to head to Japan for their ongoing world tour 'IN YOUR AREA'.

Out of the four members, JISOO and LISA caught the attention of everyone with their adorable outfits.

JISOO was wearing a pink rabbit costume while LISA wore a yellow duck costume that made them look at least a thousand times cuter than they already were.

Later, JISOO uploaded photos of her and LISA posing with the outfits on her Instagram as well.

Along with the photos, JISOO wrote, "For BLINK (the name of BLACKPINK's fandom). Mission completed!"

It turned out JISOO and LISA wore those outfits, because of what happened during BLACKPINK's fan meeting '2019 Private Stage: Chapter 1' in September.

At that time, BLACKPINK members played a game, and JISOO and LISA were given this mission to complete as they lost the game.

It certainly was the best mission ever for BLINK, and they are hoping for them to play another game with a great mission like this in the near future.