[SBS Star] VIDEO: JIMIN Tells How Happy He Is on a Phone Conversation with Ha Sung Woon 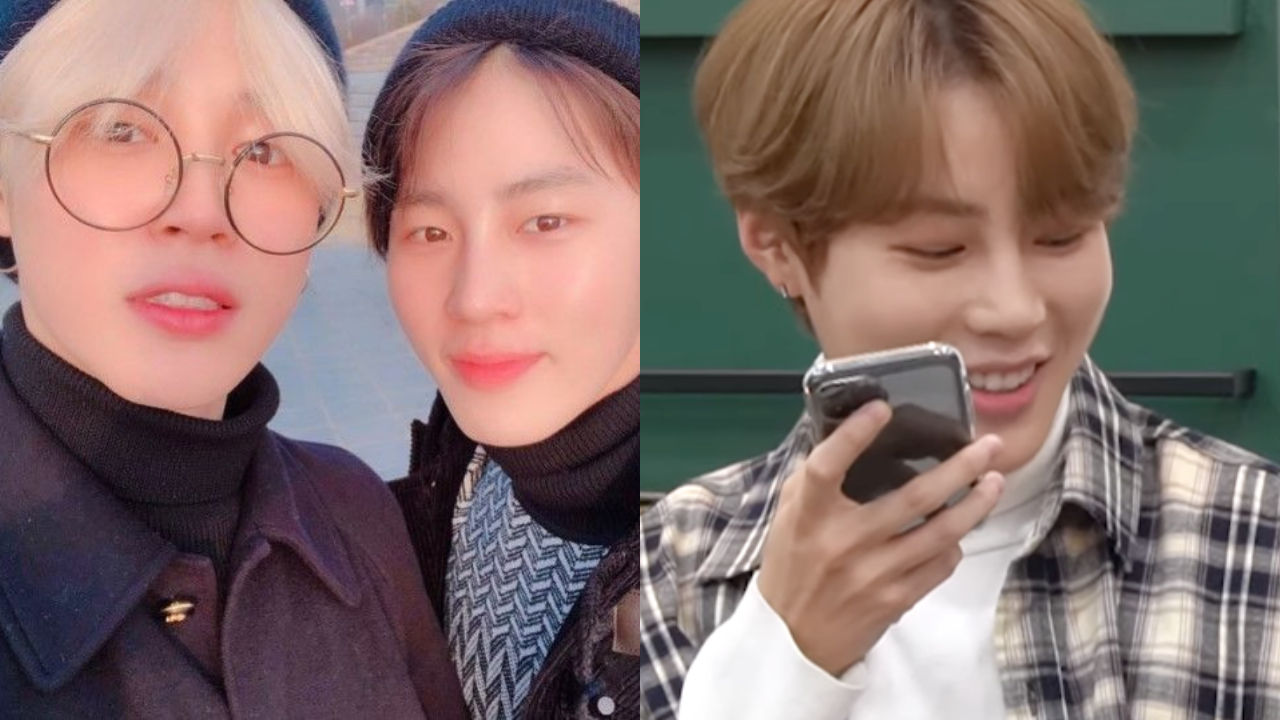 On November 6, one YouTube channel shared a video of Ha Sung Woon on their show 'Under Quiz'.

During the show, Ha Sung Woon was given a mission: call a friend and hear "I'm happy." from him/her.

Right after he was given the mission, Ha Sung Woon called JIMIN, and he immediately answered the call.

Without saying anything else, Ha Sung Woon just asked, "Are you happy, JIMIN?"

His random out-of-nowhere question made JIMIN confused and got him asking Ha Sung Woon the reason.

A second after JIMIN asked Ha Sung Woon why though, he realized that it was some sort of mission and told him loud and clear, "I'm happy!"

Then, Ha Sung Woon smiled and explained to JIMIN, "Glad to hear that you are happy. That makes me happy. So, yeah. I had a mission to hear, 'I'm happy.' from a friend, and I thought it wouldn't be hard to hear that from you."

He continued, "Because... You know, the other day, I was telling you that your happiness is the most important thing and stuff. Anyway, thank you!"

Even though JIMIN had read that it was a mission, it sounded like he meant it when he said it, and that is what Ha Sung Woon as well as fans hope for.