- 대메뉴 리스트
[SBS Star] T.O.P Reveals Photos from His Birthday Party & He Is More Good-looking than Ever
LIVE 제보하기 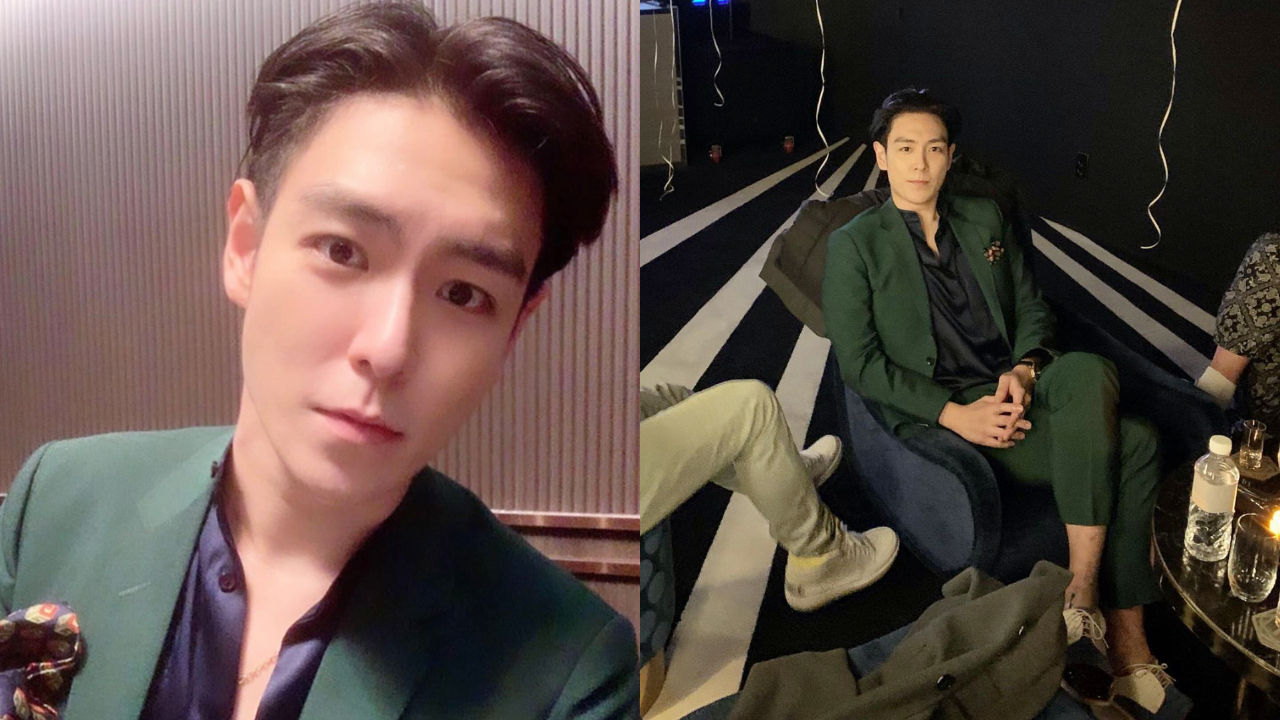 On November 4, T.O.P had a party with his friends in celebration of his 32nd birthday.

Following his fun party, T.O.P shared photos from his birthday party on Instagram.

The photos were of T.O.P in a lavish decorated party room with a singing machine.

He had styled himself with a dark green suit and slicked back hair.

His suit and hair made his perfect body ratio and handsome face stand out.

T.O.P looked unbelievably good-looking in these photos that it made everyone ask the same question, "How do you maintain your beauty so well?"

This question was asked because T.O.P has been off the camera for over two years, which meant that it was technically okay for him to put a lot less effort into his beauty care.

But that clearly was not the case for T.O.P; he really had taken great care of himself for the last few years in terms of his looks.

Until this July, T.O.P served his national mandatory duty as a public social worker at Yongsan-gu Office.

As BIGBANG's leader G-DRAGON recently discharged from the military, and the other two members DAESUNG and TAEYANG will complete their military service this weekend, many fans around the world are hoping for the group to make a comeback soon.