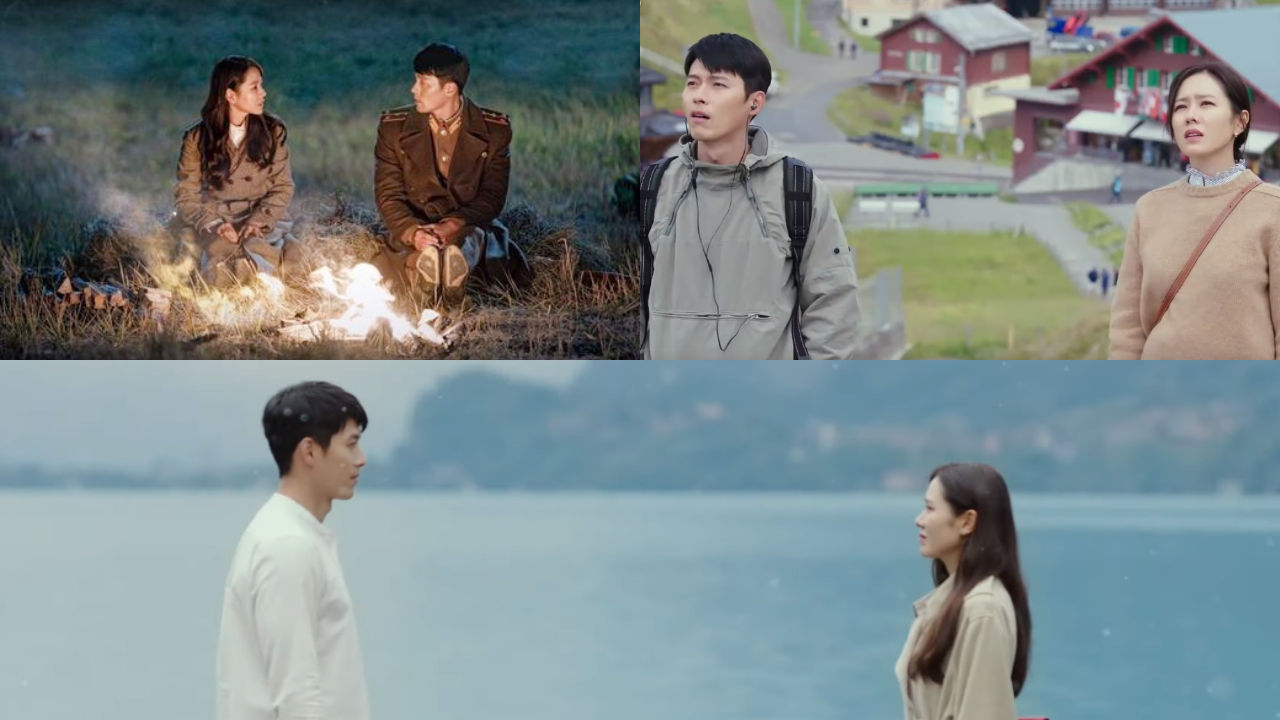 The first one was a poster of Hyun Bin and Son Ye-jin staring into each other's eye looking as if they are about to kiss.

The romantic vibes surrounding them are enhanced by the cozy camp fire and beautiful night sky filled with stars.

The next one was of a trailer for the drama which showed Hyun Bin and Son Ye-jin in Switzerland.

Hyun Bin and Son Ye-jin are seen in various places around the country, but seems to continuously miss one another.

In the end though, they finally meet and smile happily.

The story of 'Crash Landing on You' centers around a South Korean heiress 'Yoon Se-ri' (Son Ye-jin).

While paragliding, Yoon Se-ri happens to land in North Korea and gets founded by a North Korean officer 'Ri Jung-hyuk' (Hyun Bin).

Ri Jung-hyuk tries to hide and protect her from the eye of others and falls in love with her.

Their unexpected first encounter was very well-shown in the most recent trailer.