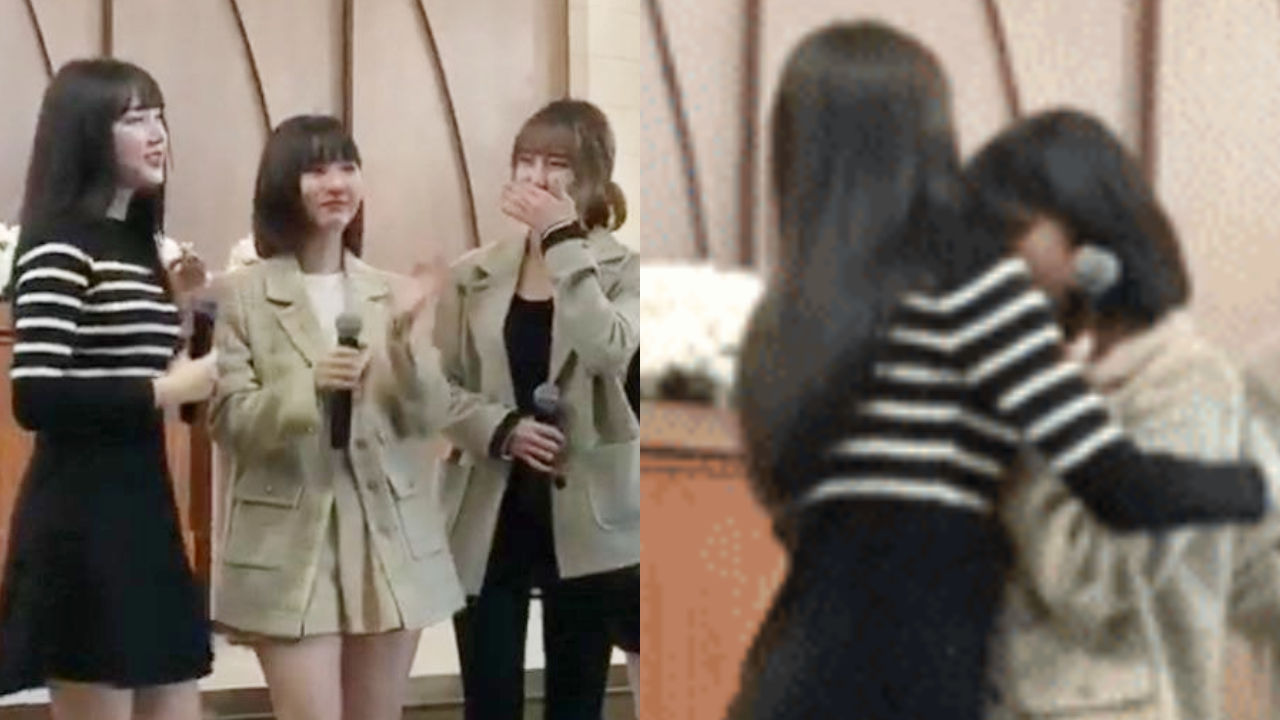 K-pop girl group GFRIEND's member EUNHA burst into tears while congratulating her sister on her wedding.

On this day, GFRIEND was planned to sing a song at the wedding to celebrate this beautiful day.

In the middle of the wedding, the six girls went out to the front and introduced themselves to the guests.

Then, EUNHA spoke through the microphone, "Dear my sister who I love very much..."

Right after she addressed her sister though, she broke down in tears.

As her fellow members could feel how she felt, some of them ended up shedding tears as well.

EUNHA continued with a shaky voice, "To congratulate my sister on her wedding, we're going to sing 'Me gustas tu' (Korean title 'From Today, We Are')."

She added, "We chose this song so that the couple can live happily ever after together from today."


After delivering her words, EUNHA turned around to wipe her tears, and YERIN, who was standing next to her at that time, gave her a warm hug.

Then, EUNHA fought back her tears and managed to sing the song perfectly until the end.