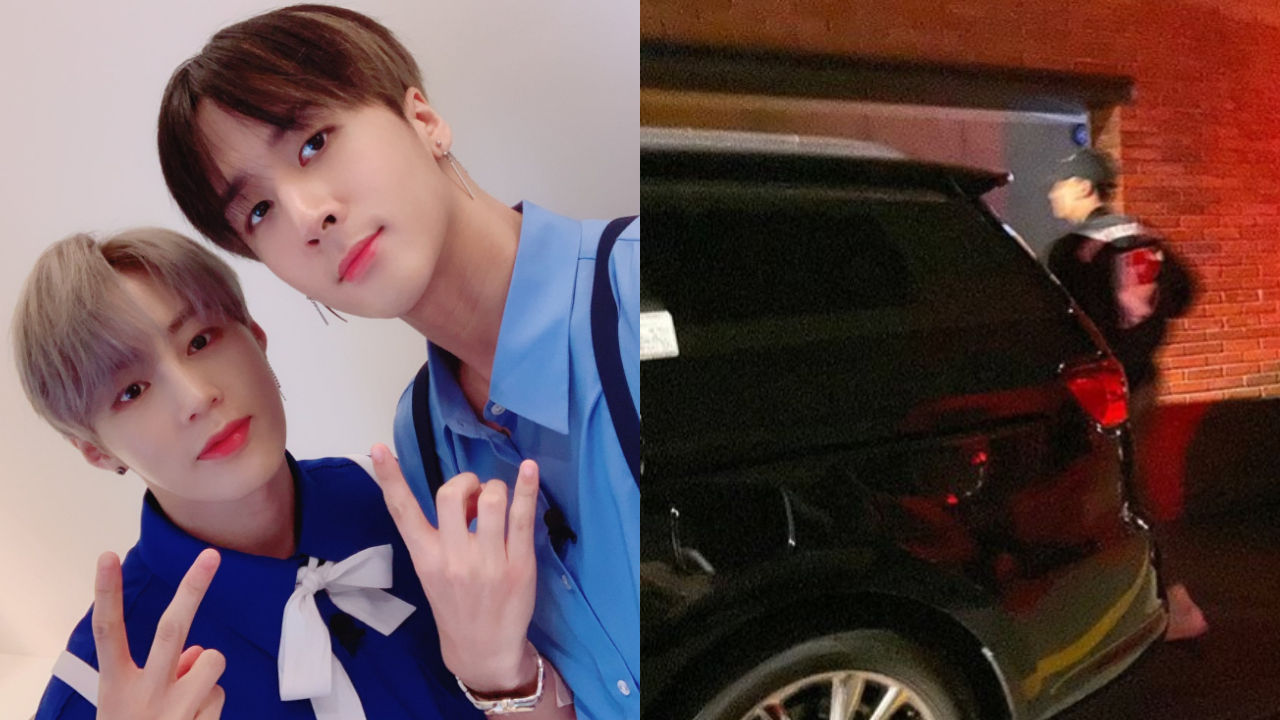 K-pop boy group HOTSHOT's member Ha Sung Woon unexpectedly invited another boy group VIXX's member RAVI to his radio in the middle of the night, and RAVI surprisingly actually made it to the radio.

Prior to the live show, RAVI shared a hilarious online chat he had with Ha Sung Woon on his Instagram.

The chat began with Ha Sung Woon asking RAVI what he was up to that day.

When RAVI told Ha Sung Woon that he was recording some songs, Ha Sung Woon said, "Come and join my radio today."

In response to his sudden suggestion, RAVI laughed and said, "Why don't you ever ask me things like this in advance?"

Over the screenshot of this conversation, RAVI wrote, "Yeah, it looks like I'm just going to go to it. See you soon, everyone. Apparently, it starts at 11PM."

After the show, 'Late-night Idol' shared photos of RAVI by a van on Twitter.

Along with these photos, they wrote, "It's late, so Ha Sung Woon drove RAVI home."

Not long after that, RAVI posted a photo of the van from inside and wrote, "Thank you for driving me home, Sung Woon."

On this day, Ha Sung Woon and RAVI made a lot of fans smile by demonstrating their rock-solid friendship.