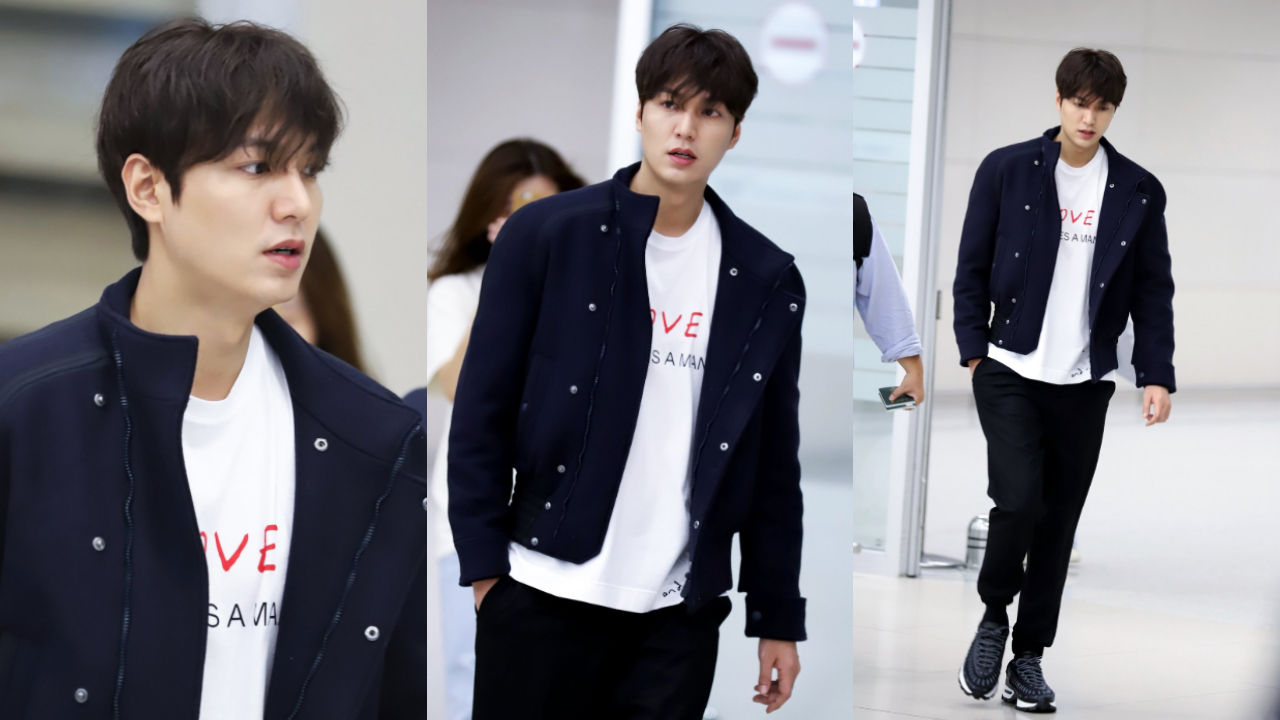 Actor Lee Minho once again unintentionally made everyone's heart skip a beat with his great looks.

In the morning of October 7, Lee Minho arrived at Incheon International Airport after completing an overseas promotional activity.

Even though it was early in the morning, Lee Minho somehow managed to make himself look perfect.

Not only his hair was not styled, but he also had zero make-up on his face.

However, his defined facial features as well as smooth skin fooled everyone into thinking that he had just got out of a beauty salon.

His 'too good-looking to be natural but it is' look was complemented by a simple yet fashionable black and white outfit, which multiplied his gorgeousness.

From the moment he got out of the gate until he got on his van, Lee Minho took all passersby as well as fans' breath away.