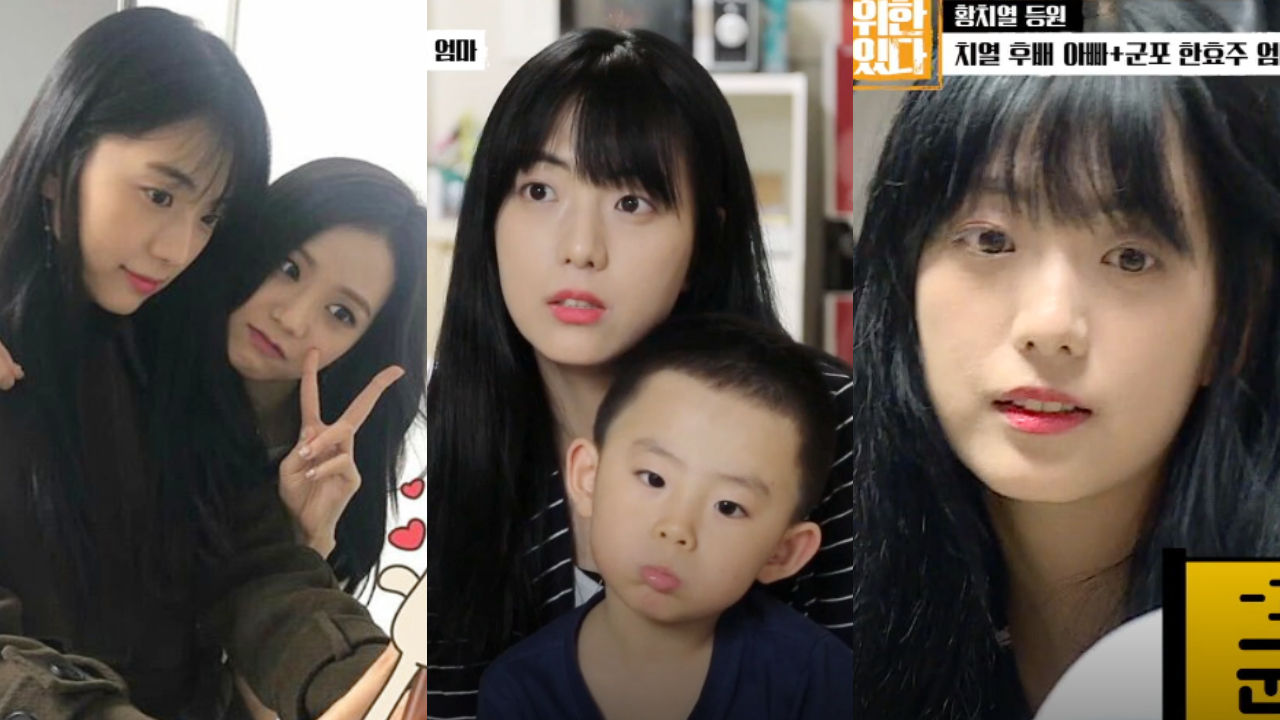 On September 28 episode of KBS' reality show 'Trio's Childcare Challenge', singer Hwang Chi Yeul was seen visiting his friend's house to help him with childcare for a day.

When the boys' parents returned home, Hwang Chi Yeol glimpsed at their mother and gasped in surprise.

Then, he looked at his friend and said, "Wow, your wife is so pretty."

While she shyly laughed, the friend explained, "Back when she, Ji-yoon, was in high school, her nickname was 'Gunpo Han Hyo Joo'."

He continued, "Ji-yoon used to be a flight attendant. She quit after giving birth to our first child though. Until recently, she stayed at home raising the boys. She works again now."

It seemed Hwang Chi Yeol was not the only one who was amazed by her gorgeous appearance, because many people left comments such as, "Her beauty has got me speechless.", "Wow, she is unbelievably beautiful." and so on.

Soon after this episode was broadcast, it was soon discovered that the wife was JISOO's older sister.

After that, a lot of people commented, "Good genes run in JISOO's family for sure.", "I can see some resemblances, but she definitely is beautiful in her own way." and so on.