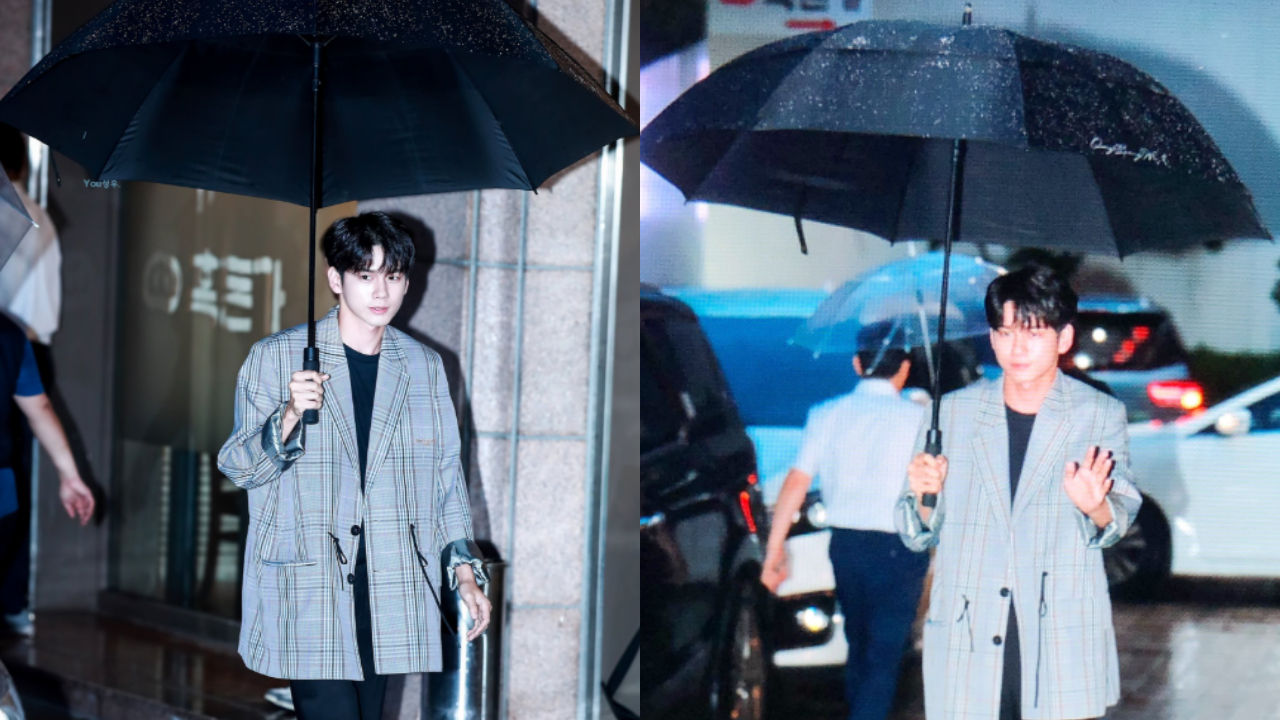 Actor Ong Seong-wu was spotted using an unbelievably large umbrella, making a lot of people wonder whether it really is an umbrella for everyday use.

On September 10, Ong Seong-wu attended a special dinner held by his drama team.

The dinner was held to celebrate the very end of shooting and broadcast of Ong Seong-wu-led drama 'At Eighteen'.

After arriving at one restaurant in his van, Ong Seong-wu stepped out of the van with an umbrella.

He opened his umbrella as he was coming out since it was raining pretty hard on this day.

Ong Seong-wu's umbrella instantly caught the attention of all people around, because it was simply so big.

It was about double or possibly triple the size of a regular umbrella that it looked almost as if he had pulled a beach parasol out at the beach on his way to the restaurant.

Not long after photos and videos of Ong Seong-wu's unique umbrella spread online, one fan turned up and gave everybody an explanation.

The fan confirmed that it was an umbrella for everyday use and said it was his/her recent gift to Ong Seong-wu.

He/she made sure to prove that she was telling them the truth by sharing a photo of her purchase as well.

Those who were curious commented, "I'm surprised to hear that it really is an umbrella for you to use in your daily life. I mean, it honestly doesn't look it!", "Still can't believe how massive that is though!", "With that umbrella, I bet not a single drop of rain will get to Seong-wu.", and so on.