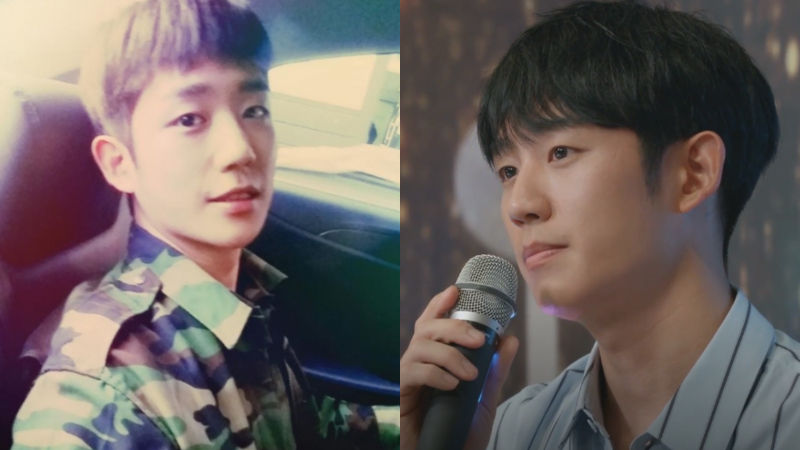 Actor Jung Hae In opened up about the time when he almost died in a car accident.

On August 13 episode of NAVER V LIVE's talk show 'A Chat with an Actor/Actress' (literal title), Jung Hae In guested the show to promote his upcoming film 'Tune in for Love'.

When asked about a miraculous moment in his life, he said, "There was a time when I almost died."

Jung Hae In explained, "On my way to Seoul from Daejeon on a rainy day, my car suddenly broke down and stopped on the highway. The steering wheel was stuck. I started the car again and turned the wheel to park the car on the side of the road. As I went into the side lane, I could see large cars coming up behind me in my side mirror. I flashed my high beams, but I thought I was going to die right then and there."

He continued, "I returned to the military base and lied down, and I immediately thought about my grandfather who had passed away. I thought that my grandfather helped me out. When I came out on break and told (the incident) to my parents, they sobbed. I experienced the moment when my life flashed before my eyes."

Then Jung Hae In tearfully talked about his late grandfather.

He said, "It was my grandfather's wish, but he wasn't able to see me on television. Dear grandpa, I'm doing my best, so please watch over me."

The show's host Park Kyung-rim comforted Jung Hae In, saying, "He's going to watch over you more than anyone else. He will always be with you."