대메뉴 리스트
[SBS Star] VIDEO: RM & V Cracks up Staffs by Pretending to Be in a Musical While Getting Makeup
LIVE 제보하기

[SBS Star] VIDEO: RM & V Cracks up Staffs by Pretending to Be in a Musical While Getting Makeup 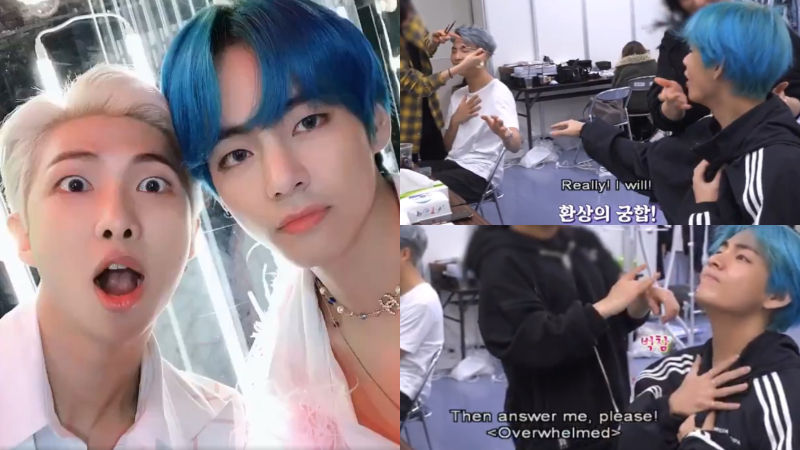 K-pop boy group BTS' RM and V made their staff members burst into laughter by pretending to be in a musical while getting their makeup done.

Recently, a thread titled, 'BTS' makeup artists and hair stylists who are having a hard time not to laugh' caught the eyes of many.


In the post, there was a video of RM and V which well-showed how funny they can be when they get all excited.

When RM suddenly started to sing, V too changed his voice and started to pretend like he is in a musical instead of mocking him or laughing at him.

But V did not just stop at that and took RM's little role-play to the next level by continuing to sing his words instead of pronouncing it like he normally does.

The staff members who were doing their hair and makeup tried to hold it in, but eventually they had no choice but to laugh.

After seeing this video, fans commented, "Being their stylist must be so fun. They get to see all these funny moments.", "I don't know how the makeup artist keep themselves from laughing out loud, respect.", "The dream job.", and many more.