[SBS Star] BTS V Still Thinks He Is a Puppy? 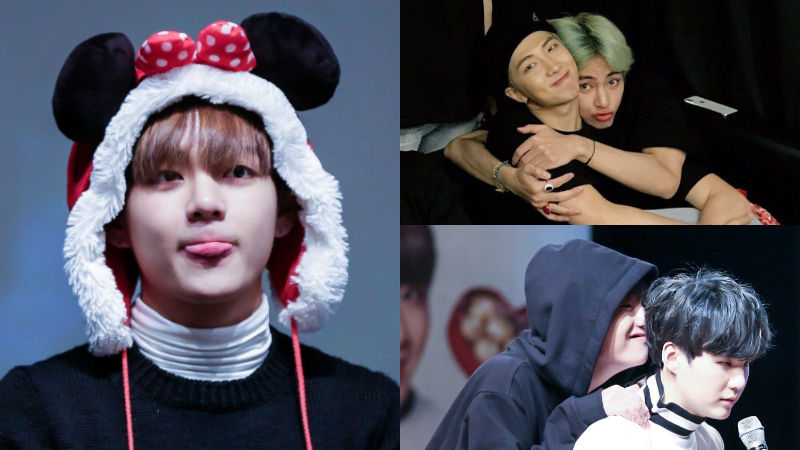 K-pop boy group BTS' member V stole the hearts of the public with his overwhelming cuteness.

In the post, the pictures of V from the moment he first made his debut to now were laid out in an order.

When V first made his debut as a member of BTS, he was so tiny and thin that even JIMIN who was shorter than him at the time could lift him up quite easily.

Back then, V literally was like a little dog who loves playing with his friends and cannot stop expressing his love to them.

After a few years, V grew as tall as the two tallest members of the group―RM and JIN―and got much bigger, but he often forgot the fact that his body has changed and kept trying to ride on other members' back and threw himself at them like he used to.

The change in his shape was so drastic that it became almost impossible for SUGA and JIMIN hold him and only JUNGKOOK and RM can barely handle him.

But regardless of the size of his body, the way V acts and behaves always has been so adorable that his fans were even able to find some pictures of him that looked exactly like his dog 'Yeontan' over the past few years.

After seeing this post, his fans commented, "Now that's just so cute. I just want to put him in my pocket!", "This is so bad for my heart. His cuteness is almost fatal.", "I want to take him home so bad", and so on.