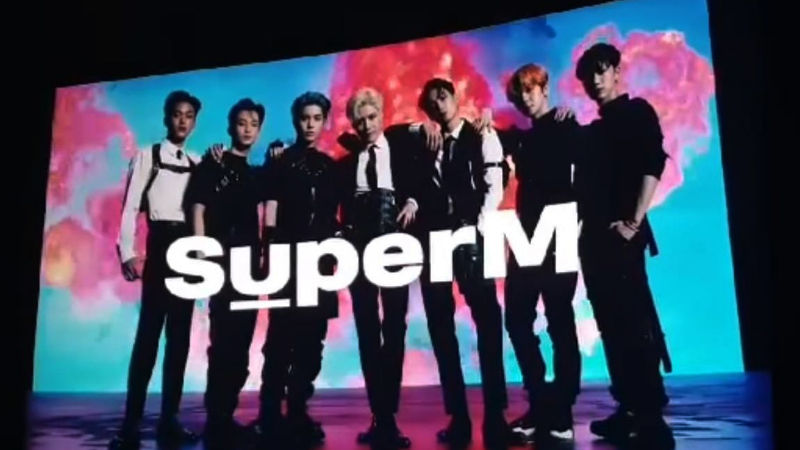 With seven of the agency's best of the best performers, Lee Soo-man introduced them as "the future of next level of K-pop."

On this day, SuperM's first official teaser introducing the members' characteristics and talents was also unveiled during the event.

In the teaser, TAEMIN is introduced as the "exceptional performer," TEN as the "dominating showman," MARK as the "supreme performer," BAEKHYUN with his "strong vocal," KAI as the "powerful performer," TAEYONG as the "unparalleled rapper with unrivaled dance skills," and LUCAS as the "multi-faceted performer."

Lee Soo-man said, "SuperM will give the global music fans an ultimate feeling of catharsis through the seven members' synergy and spectacular performances."

Teamed up with Capitol Music Group, SuperM will make is grand debut in the U.S. market this October.