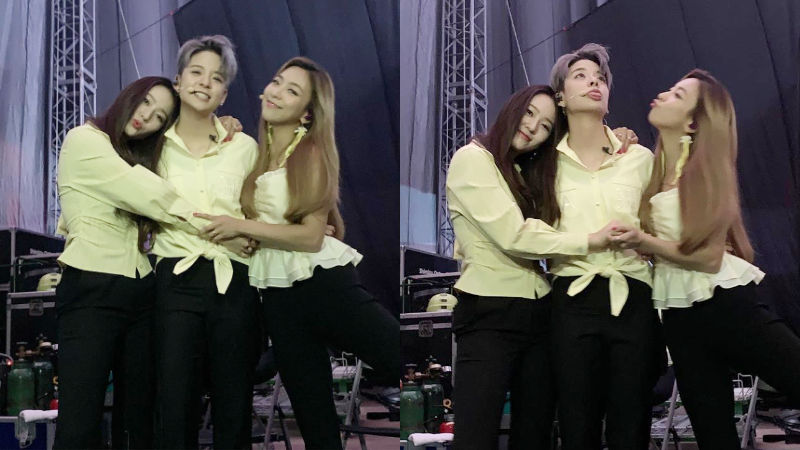 Krystal, Amber and Luna of K-pop girl group f(x) shared their happiness after performing together for the first time in three years.

A few months ago when the lineup for 'SMTOWN LIVE 2019 IN TOKYO' was announced, f(x)'s fans gasped as their favorite group was listed there.

This was such surprising news to them, because f(x) has not been active since the end of 2016.

They kept repeating to themselves, "This is not a mistake made by SM Entertainment, right?"

Later, f(x)'s management agency SM Entertainment announced that Victoria unfortunately would not be able to join the event, but Krystal, Amber and Luna were going to perform.

Then from August 3 until 5, the three members of f(x) finally gathered together at Tokyo Dome, Japan for 'SMTOWN LIVE 2019 IN TOKYO' and performed their songs just like the old days.

On this day, Krystal, Amber and Luna made fans' eyes tear up in true happiness.

It seemed fans were not the only ones who were happy about their reunion on stage in three years.

On August 7, Krystal and Amber each shared a photo of the three at backstage of 'SMTOWN LIVE 2019 IN TOKYO'.

The photos showed them tightly hugging each other with the brightest smile on their face.

Under her photo, Krystal wrote, "Missed us." and Amber wrote, "Thank you, MeU (the name of f(x)'s fandom)."

These photos once again evoked happy feelings in the hearts of fans.

They commented, "I got a little tear-eyed while looking at these photos. They made me really emotional.", "I had been waiting for their performance for so long and I can't stop crying. I'm just too happy right now.", "Gosh, I love them so much! f(x) needs to perform more often for sure. A new album would be the best gift ever!", and so on.