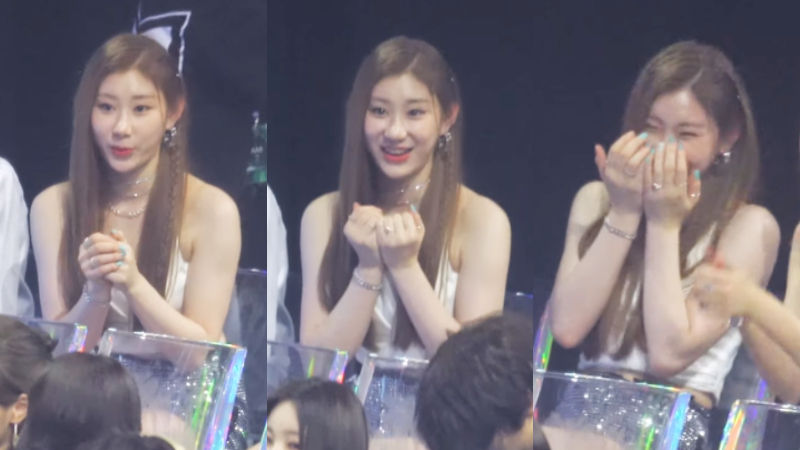 During the event, the members of ITZY enjoyed the performances by various K-pop acts while sitting on their seat behind IZ*ONE.

At one point, CHAERYEONG happened to have eye contact with some IZ*ONE members who turned around.

As soon as their eyes met, CHAERYEONG said hi and told them that she was their fan.

Then, CHAERYEONG turned to Jo Yu Ri and somewhat nervously made hand gestures asking for her number.

When Jo Yu Ri nodded, CHAERYEONG could not hide her excitement; it looked almost as if she screamed.

A few seconds later, both CHAERYEONG and Jo Yu Ri covered their month in shyness and started laughing out loud.

One fan managed to capture this moment on camera and shared it online after '2019 MGMA' was over.

Thanks to this fan, many other fans were able to see this cute moment of the two.

Under this video, they commented, "Cuteness overload! Thank you for sharing!", "Their reaction is just priceless!", "Awww CHAERYEONG must be Yu Ri's huge fan! She seems truly happy.", so on.