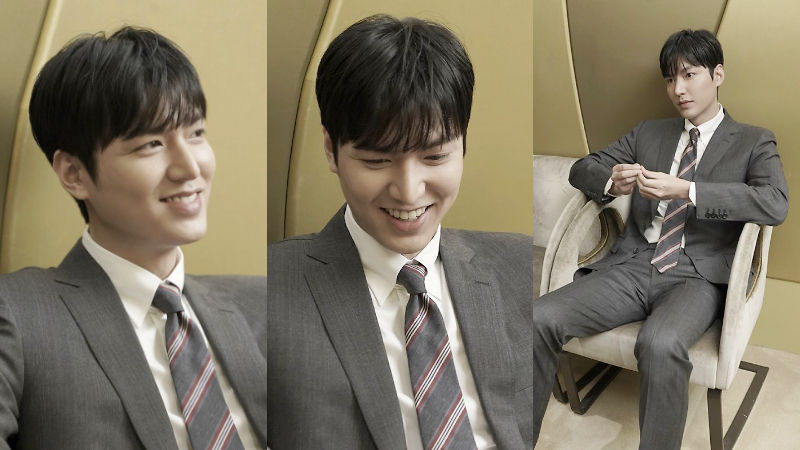 Actor Lee Minho stunned fans with his breathtaking look in a suit.

There, Lee Minho was chosen as an honorary ambassador for the King Sejong Institute Foundation, who will work with the institute to help spreading Korean culture and language to the rest of the world.

At the event, Lee Minho appeared with a sleek suit that highlighted his handsome face and tall figure.

After the press photos were released, countless fans had desperately been waiting for behind-the-scenes videos or photos from this day, simply because they could not forget how great he looked.

As if Lee Minho's management agency read their mind, they treated them with a gift that they exactly wanted two weeks later.

Lee Minho is seen simply getting ready for the event at backstage in these photos, but they were enough to make fans instantly breathless.

Meanwhile, Lee Minho confirmed to lead a new fantasy romance drama 'The King: the Eternal Monarch' (literal translation), which is scheduled to be released in the second half of the year.