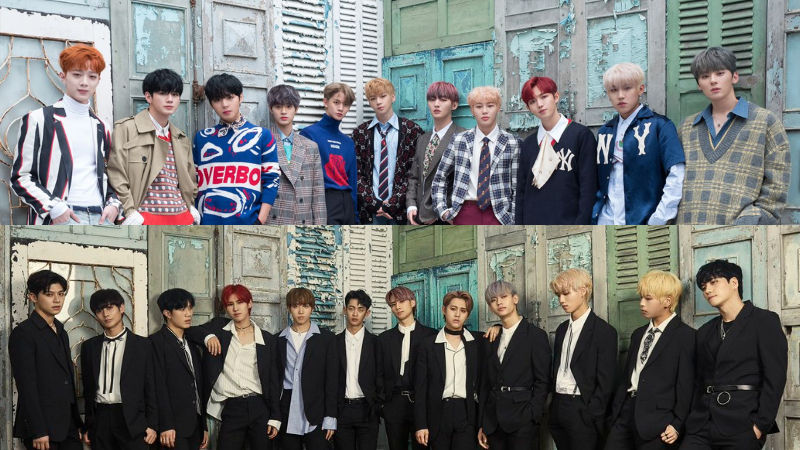 On July 9, an online post claiming a boy group plagiarizing Wanna One's concept has garnered attention in one online community.

As you can see in the photo, the 12 members of a boy group named N.CUS posed against the exact same backdrop used in Wanna One's previous album jacket photo.

Fans claimed that the members even posed in a similar formation, while their outfits and the color palette are only difference.

The N.CUS members are dressed up in rather darker, monotoned outfits compared to Wanna One's bright wardrobe.

Some fans are strongly opposed to the rookie group releasing its debut album with the concept photo, commenting, "They are disrespecting Wanna One by plagiarizing the concept.", "Although Wanna One had disbanded, the group always has a special place in our heart. This is not acceptable."

Meanwhile, N.CUS is keeping itself busy meeting its fans through outdoor busking events prior to its official debut next month.