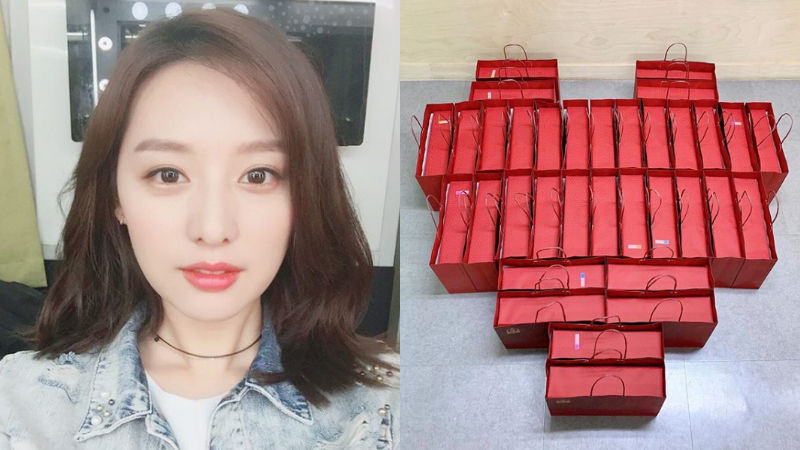 Actress Kim Jiwon surprised the members of staff at her agency with a surprise gift.

The post included photos that showed the same red bags with neatly wrapped gifts inside laid out on the office floor.

In the caption, the agency wrote, "Jiwon gave this to the members of staff today. What a pleasant surprise! We were so touched. They are all red ginseng extract. It looks like we will be able to become healthier thanks to Jiwon!"

They continued, "You are an angel. Isn't it kind of unfair that you have a nice personality as well though? I mean, you already have a pretty face. Anyway, thank you! We love you, Jiwon!"

The post quickly started spreading online and a lot of people gave Kim Jiwon the thumbs up for doing such a kind thing.