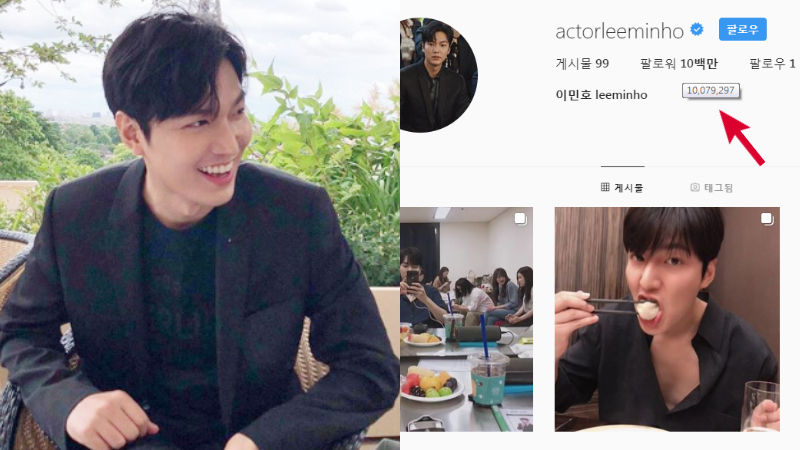 Actor Lee Minho is receiving more love and support from fans than ever these days.

On June 22, Lee Minho welcomed his 32nd birthday and fans flooded his Instagram with congratulatory messages.

Later that day, he posted a picture of him surrounded by gifts from fans with the caption in English, "Thank you everyone. This birthday felt special all thanks to you."

Recently, fans started leaving congratulatory messages on his Instagram again, but not for his birthday.

This time, they have been congratulating him for exceeding 10 million followers on Instagram.

Soon after his birthday, another zero had been added on to the number of his followers.

After Lee Minho completed his national mandatory duty in April, he has been engaging a lot with his Instagram followers.

He has been sharing lots of photos of himself from his trips and daily life, and he even turned on the live broadcast for the first time just the other day.

It certainly seems like he succeeded in turning many non-fans into his followers with these posts.

Meanwhile, Lee Minho confirmed to return with a new fantasy romance drama 'The King: the Eternal Monarch' (literal translation), which is set to be released in the second half of the year.