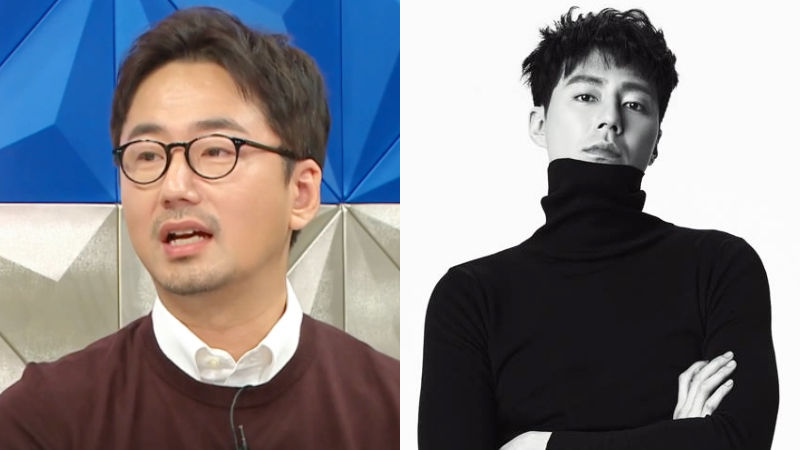 On May 15 episode of MBC's talk show 'Radio Star', Ryu Seung Soo made a guest appearance.

During the talk, Ryu Seung Soo mentioned the time when he used to work as a manager at a management agency.

Ryu Seung Soo said, "I used to work as actress Shin Mina's manager before I began acting myself. I actually paved a way for Zo In Sung's career in acting."

The actor continued, "I first saw Zo In Sung in one photo studio. It was where Shin Mina was scheduled to shoot some photos for a commercial. He was her partner."

During the photo shoot, Ryu Seung Soo said to have taken a close look at Zo In Sung.

Ryu Seung Soo said, "I thought, 'Wow, that guy would make one fine actor.' That was the time when Zo In Sung was just modeling. I went up to this person who had quite a bit of voice within our agency and said, 'He is the kind of guy we need in our agency. We have to bring him.'"

He went on with pride, "Not so long after that day, Zo In Sung signed a contract with our agency, and started taking acting classes from me."

Zo In Sung worked as a model for years before making debut as an actor with a drama 'School 3' in 2000.