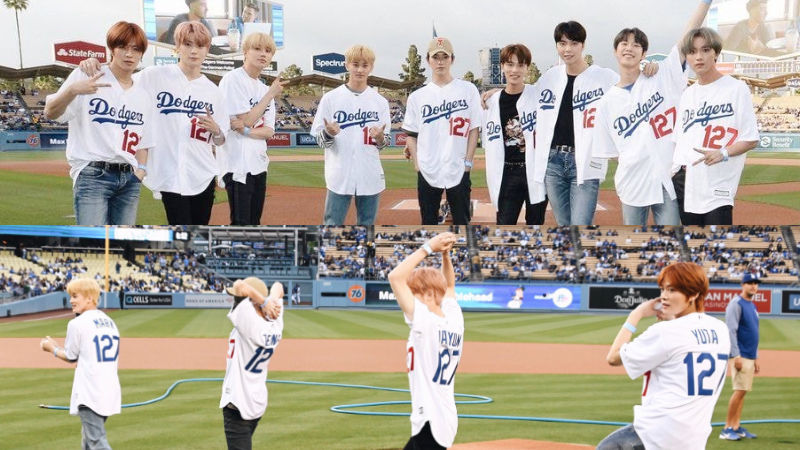 On May 15 (local time), all members of NCT 127, except WINWIN who is busy with his promotions in China, showed up at Dodger Stadium ahead of the Padres-Dodgers game.

The nine members were warmly welcomed by thousands of audience, and they waved towards them with a smile in return.

First, they had a brief interview about their ongoing concert tour 'NEO CITY - The Origin' and upcoming album 'SUPERHUMAN'.

Not long after that, the time came for MARK, TAEYONG, JAEHYUN, and YUTA to throw out the ceremonial first pitch.

When the camera started filming NCT 127 again standing around waiting for their turn, they expressed their excitement through energetic dance.

It seemed like they were all extremely thrilled to be there.

Then, MARK, TAEYONG, JAEHYUN, and YUTA went over and threw the first pitch all at the same time.

Although it was not the most perfect first pitch, they surely seemed to have enjoyed the whole experience.


Meanwhile, NCT 127 is gearing up for its comeback with a new album 'SUPERHUMAN' on May 24.