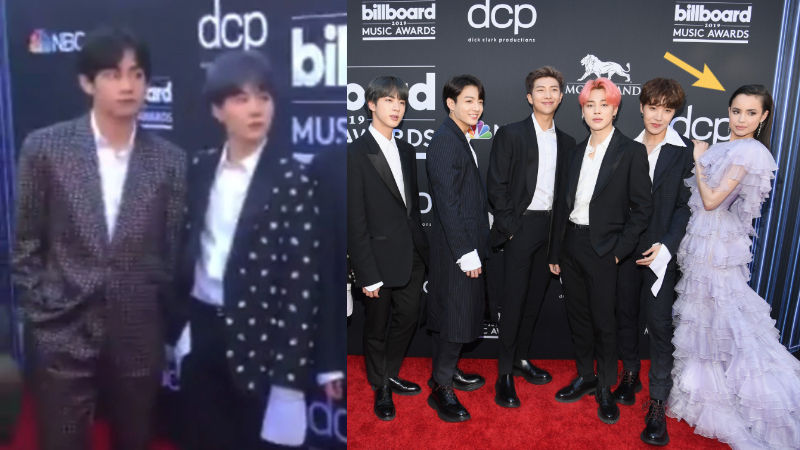 American singer/actress Sofia Carson is getting backlash for her "poor manner" towards K-pop boy group BTS.

On May 1 (local time), BTS and Sofia Carson were both on the red carpet for the '2019 Billboard Music Awards' (BBMAs).

While the seven members of BTS were on the red carpet posing for the cameras, Sofia Carson came to them, stood beside J-HOPE, and posed for the cameras while touching his shoulder.

SUGA and V are seen confused as to why she was joining their photo-op.

Since Sofia Carson had no affiliations with the group before the photo, many are claiming that it was too "out of the blue" and "rude" for her to join them.

Some fans are saying that she is not being rude, as she clearly asked BTS, "I'm gonna join in with you guys if that's cool?", and the members welcomed her to join.

can y’all listen to the video she literally said “im gonna join in with you guys if that’s cool?” and they all said hi
pic.twitter.com/kMdvEXFwTO


Many fans claim that it was rude to touch J-HOPE's shoulder without asking, and that she may be using BTS as a way to get attention.

One fan commented, "What miss Sofia Carson needs to understand is that if she was taking a photo with a random man she didn't know came up to her and put his hands on her, she wouldn't be comfortable or feel safe. And that is exactly what she did to Hoseok (J-HOPE's real name). A self-reflective apology would be nice."