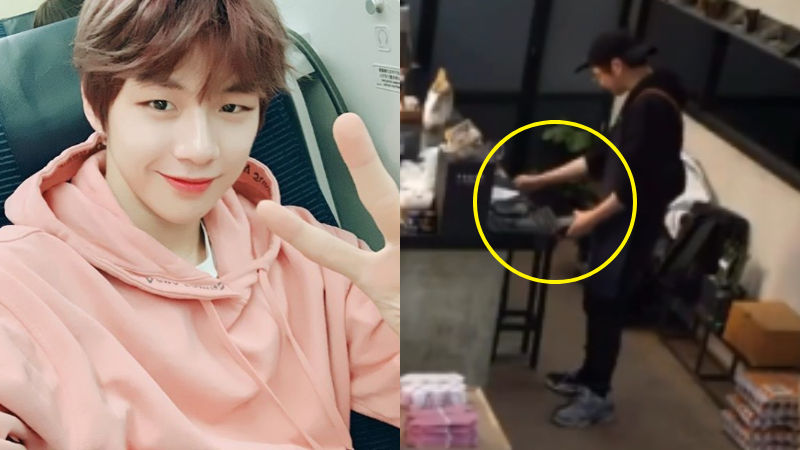 Kang Daniel of disbanded K-pop project boy group Wanna One was spotted making donation at a pay-what-you-want café when nobody was looking.

On February 22 episode of tvN's television show 'Coffee Friends', Kang Daniel was seen visiting a café in Jeju Island that is run by the cast.

In this episode, one of the cast members boy group EXO's member SEHUN found out that Kang Daniel was in Jeju Island and asked him to visit the café.

When Kang Daniel made his way to the café, the cast welcomed him by putting an apron on his body.

Kang Daniel could not stay for long as he had to catch a plane, but he helped the cast out with chores around the café.

After some time, Kang Daniel headed to the corner with a glass of water all alone.

No cast members were looking at him at that time, so they did not know what he was doing.

It turned out Kang Daniel was secretly putting in some money in the donation box.

The café had a pay-what-you-want payment system where customers pay whatever the amount they like on the service and food/beverages, so it had a donation box in the corner.

Even though he did not have much to eat nor drink at the café, Kang Daniel decided to financially help and show his support to the cast members.

Meanwhile, Kang Daniel is taking some rest after the end of his promotion as Wanna One in January.