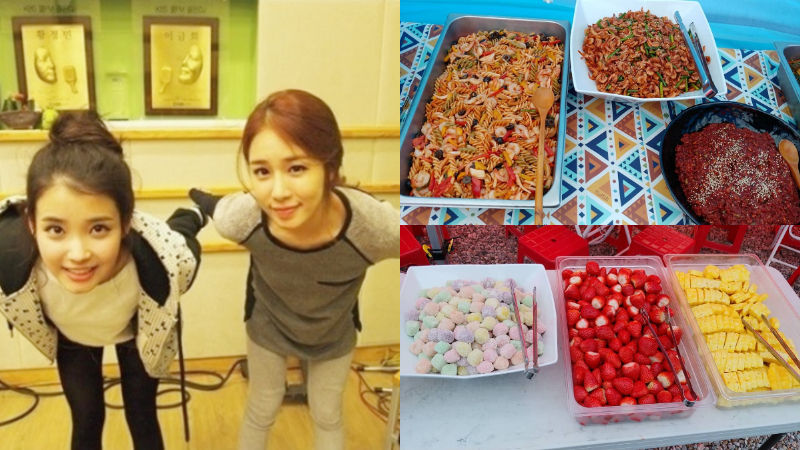 On February 14, Yoo In Na's manager shared pictures of different dishes, side-dishes, desserts, and fruits on his social media account.

The pictures were of over 10 types of appetizing food from a meal service neatly arranged on an aligned table.

Along with these pictures, the manager wrote, "IU sent all of this to the filming site for us. Thanks to her, we were able to have so much good food today."

It is assumed that IU surprised the team of Yoo In Na's ongoing drama 'Touch Your Heart' with hot and tasty food as they were filming the drama in the cold weather.

IU and Yoo In Na are 11 years apart, but they call themselves best friends.

First met while shooting SBS' variety show 'Heroes', the two stars have been maintaining their friendship since then.

They frequently go on a trip together and show support to each other's work, and their interaction always brings a smile to many.