- 대메뉴 리스트
[SBS Star] JUNGKOOK Always Holds on for Dear Life to Get What He Wants?
LIVE 제보하기

[SBS Star] JUNGKOOK Always Holds on for Dear Life to Get What He Wants?

[SBS Star] JUNGKOOK Always Holds on for Dear Life to Get What He Wants? 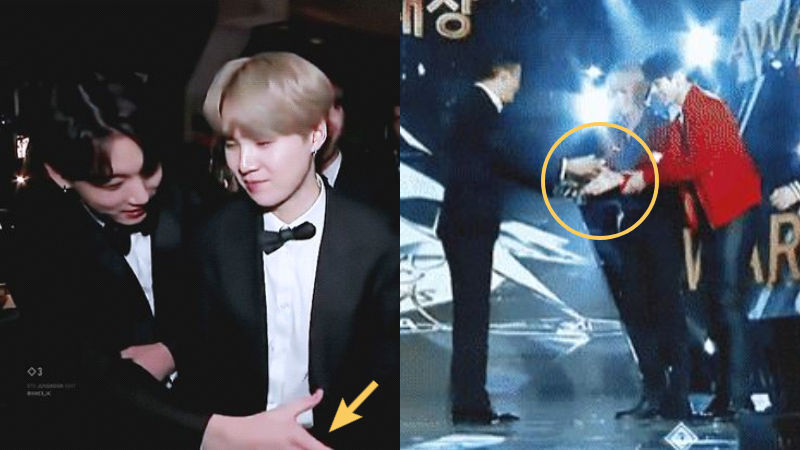 Apparently, K-pop boy group BTS' member JUNGKOOK is a kind of guy who never quits until he gets what he wants.

In the post, there were a few clips of JUNGKOOK which clearly showed a pattern of his behaviors.

JUNGKOOK waited until the award presenter notices him and shakes his hand, although the presenter ends up giving him flowers instead of a handshake when he noticed him.

Also, JUNGKOOK does not mind waiting a few more seconds if he could put that little chocolate ball in his mouth.

JUNGKOOK must be a huge fan of handshakes since he even blocked SUGA's way at the '61st Annual GRAMMY Awards' to shake the hands of someone who was standing in front of him.

But unfortunately, it seems like his patience does not always yield the outcome he wants.

Upon seeing this post, his fans commented, "JUNGKOOK, could you stop being so cute?", "Come with me. I'll buy as much chocolate as you want.", "My baby Kookie!", and many more.

Meanwhile, BTS will resume its world tour 'LOVE YOURSELF' with the concert in Japan which will be held on February 16.