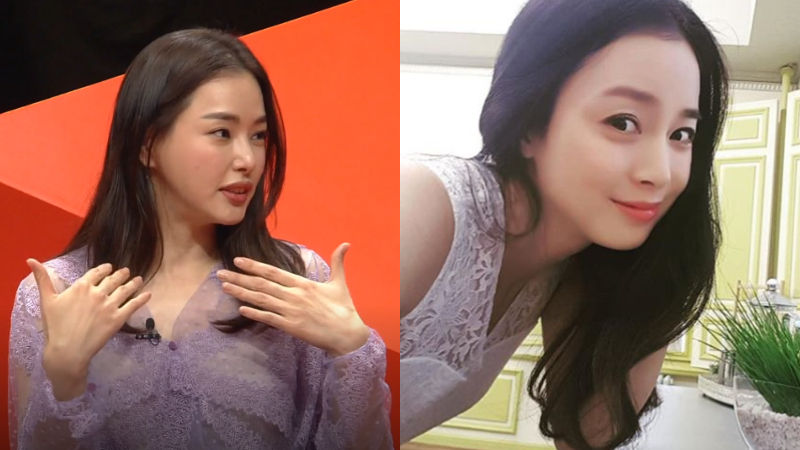 Korean actress Lee Hanee mentioned how popular actress Kim Tae-hee was back when they were in college.

During the talk, Lee Hanee talked about her good friend Kim Tae-hee, who she met in a ski club at their university―Seoul National University.

Lee Hanee said, "It wouldn't have been easy for me to land on my career in this industry if it hadn't been for Kim Tae-hee. She was the one who suggested me to knock on the door of the entertainment industry."

She told a story, "So, we were in a girls' ski club together. There were times when I went completely wild when all the other girls were just quietly clapping with elegance. Kim Tae-hee saw me like that, then proposed I try getting a job in the entertainment industry saying that a girl like me would make a perfect fit."

Lee Hanee also said, "My first audition was a meeting with a director. It was Kim Tae-hee who set that up for me. I owe her a lot."

Then, the host Shin Dong-yup asked who was more popular at the time.

Lee Hanee answered without hesitation, "It's incomparable. Kim Tae-hee was like a goddess. So many people would gather around her even when she was simply walking around the campus."

Meanwhile, Lee Hanee is busy promoting her new movie 'Extreme Job' and Kim Tae-hee has been taking a break from work after giving birth to a baby girl in October 2017.