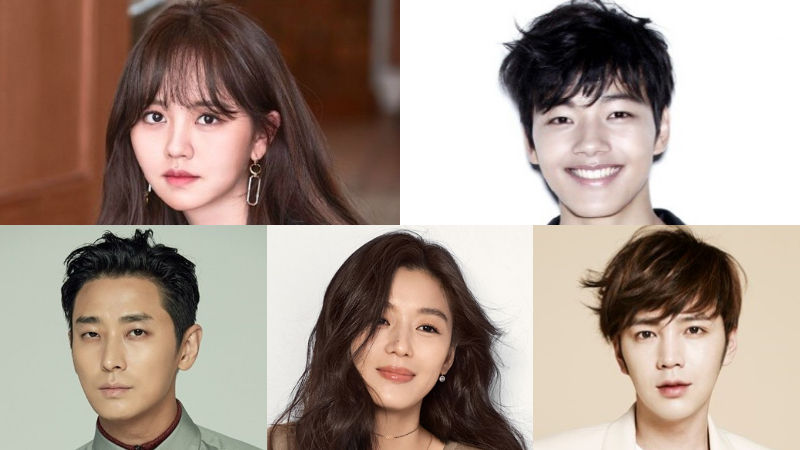 From the point of view of self-realization, there is nothing more satisfying than getting acknowledged for one's work.

Most people cannot even begin to imagine how hard it would be to play two roles at the same time―especially when the idea of acting already sounds daunting enough.

However, there are a few celebrities who managed to go beyond their limits and succeed in taking their acting skills to the next level.

Let's get to know these five actors who impressed the public with their phenomenal acting talent!

Actress Kim So Hyun who recently blossomed into a beautiful young lady started to get her name out there as an actress at a very early age.

Kim So Hyun pulled off dual roles in not one, but two dramas including OCN's 'Reset' and KBS' 'Who Are You'.

Especially, the notable growth she showed in 'Who Are You' played a huge role in breaking the stereotypes and the misconceptions of a child actor which often acted as an obstacle blocking their way to the bright future.

If asked to name a successful example of a child actor, a lot of people would probably come up with this name―actor Yeo Jin Goo.

In tvN's drama 'THE CROWNED CLOWN', Yeo Jin Goo goes back and forth between his two characters 'Lee Hun' and 'Ha Sun', the king of Joseon dynasty and the clown.

Yeo Jin Goo becomes a mad king himself while playing the role of 'Lee Hun' who also has a vulnerable side, but he immediately turns into a lovely young man when he has to get into his other character 'Ha Sun'.

Ju Ji Hoon, this model-turned-actor is still striving to reach his full potential even though he already succeeded in securing his position as one of the up-and-coming actors of this era.

A symmetrical face also has its benefits but when the actors have to pull off two characters at once, asymmetrical eyes like his could come in handy since they help the actors to give off a vastly different vibe.

In the film 'I am the King', Ju Ji Hoon certainly took advantage of his facial features while playing two different roles at the same time―the crown prince 'Choong-nyung' and a hot-tempered slave 'Deok-chil' who exactly looks like 'Choong-nyung'.

Anyone would be more than happy to experience the life of actress Jun Ji Hyun even for just one day since she is one of the lucky few who truly has it all.

The acting she showed in the movie 'Assassination' (2015) was not only impressive enough to attract more than 12 million moviegoers, but also provided a valuable opportunity for the public to get to know a new side of her.

Whilst playing these two roles―the sniper of the Korean Provisional Government 'An Ok-yoon' and her pro-Japanese twin sister 'Mitsuko' at the same time, she superbly describes the emotions that both of her characters experience while making the viewers only use the edge of their seats.

There is a reason that actor Jang Keun Suk always shows a sign of an improvement every time he makes his small screen comeback.

After reading an interview he had with the press, one could just feel how much effort he put into analyzing the differences and the quirks of both of his characters before joining SBS' drama 'SWITCH: Change the World'.