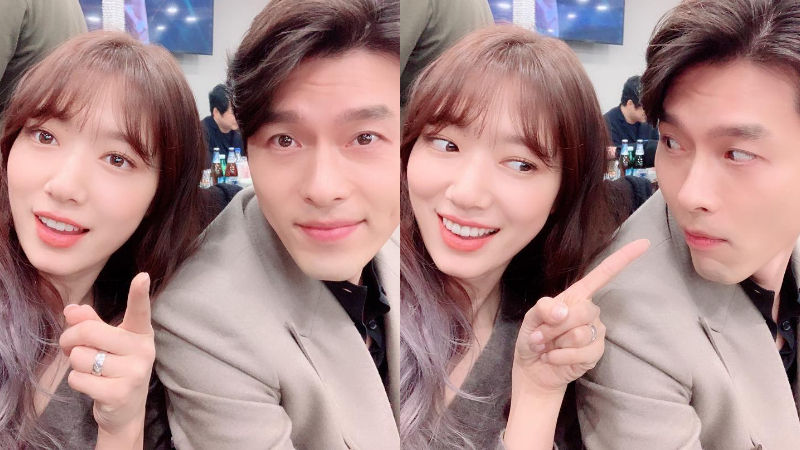 The co-stars of a recently-ended drama 'Memories of the Alhambra'―actress Park Shin Hye and actor Hyun Bin shared photos which show off their great chemistry.

On January 28, Park Shin Hye uploaded two pictures of herself with Hyun Bin on her social media account with the caption, "Photos from the party after wrapping up our drama."

In the pictures, Park Shin Hye and Hyun Bin make playful poses, which shows the density of their friendship that they have managed to build in the last couple of months while working on 'Memories of Alhambra' together.

Despite their 8-year age gap, they seemed to have found many things in common and became close friends.

'Memories of the Alhambra' is about an investment firm executive 'Yoo Jin-woo' (Hyun Bin) meeting a woman named 'Jung Hee-joo' (Park Shin Hye) who runs a hostel in Granada, Spain while searching for the cryptic creator of an innovative augmented reality (AR) game.

It was highly praised for its creative plot and its unexpected twists, and ended with a viewership rating of 9.9% on January 20.