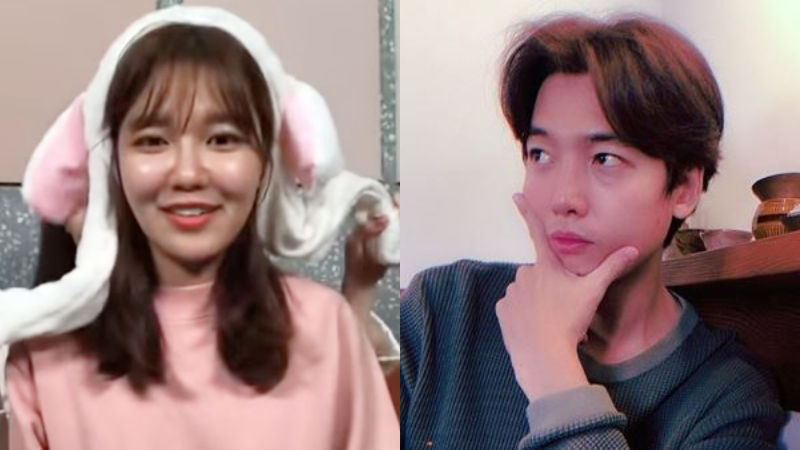 On December 4, Sooyoung held a live broadcast with Seohyun, her fellow member.

On this day, Sooyoung shared what she has been up to and interacted with her fans.

When Sooyoung talked about her upcoming drama and shared her future plans as an actress, her boyfriend Chung Kyung-ho left a cute comment.

Chung Kyung-ho asked, "When will it be aired?", "Is there any kiss scene?", and said, "I'm going to see a dentist this week, so could you cheer me up?"

When Sooyoung coughed, Chung Kyung-ho got worried and said, "Have a glass of water."

Sooyoung read his comment, smiled, and asked one of her staff members for a glass of water.

Later on, when Sooyoung told her fans that she got to swear a lot after filming her upcoming film 'Girl Cops' (tentative title), Chung Kyung-ho made her fans laugh by leaving comments like, "You are foul-mouthed," and "Could you swear please, mommy?"

When Sooyoung mentioned that she had a hard time swearing while acting, Chung Kyung-ho replied, "You have to get used to it and use it every day."

At the end of her live broadcast, Chung Kyung-ho put a smile on everyone's faces by saying, "Can you just not sing and not end this live broadcast?"

Then, Sooyoung turned that smile into a big laughter by replying, "Stop leaving comments."

After her live broadcast, fans commented, "I'm so jealous!", "A boyfriend who turned into a fanboy.", "They look so cute together.", and so on.

Meanwhile, Sooyoung will be holding an exhibition 'Made in Choi Soo Young: the Star/Farewell that Shines' on December 29 to 30.