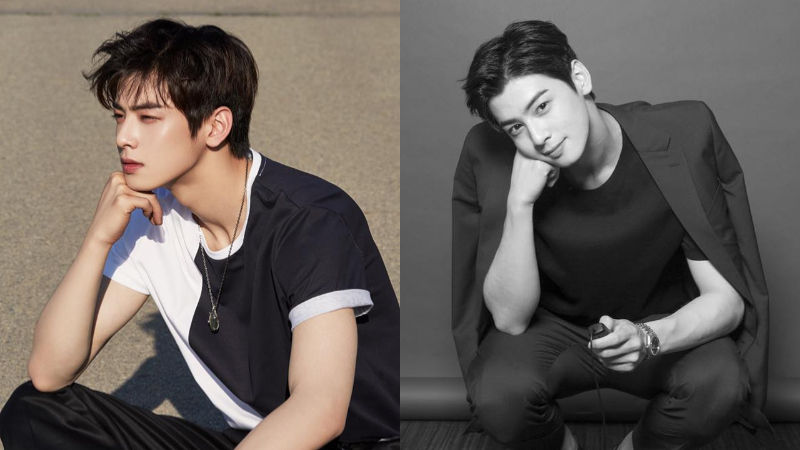 When K-pop boy group ASTRO's member Cha Eun-woo has something to complain about, he writes a song about it.

On November 15, the production team of web drama 'Top Management' released its soundtrack album, and one particular song sung by Cha Eun-woo caught the eyes of the public.

The reason it garnered a tremendous attention was because the lyrics successfully grasped the essence of Cha Eun-woo's daily struggle―watching his other qualities underestimated every day because of his appearance.

Cha Eun-woo starts his song 'Together' with, "My singing isn't bad. I'm also good at cooking. I'm smart too. But people only compliment my looks. Why did my mom made me look like this? Myself in a mirror, you don't even know how I feel. But I fell for you again, because you are beautiful."

Judging by the lyrics he wrote, it seems like Cha Eun-woo wanted the public to pay attention to his other sides other than his looks.

Cha Eun-woo actually has a decent singing voice, and is so smart that when he was in high school, he was at the top of his class.

After listening to his track 'Together' a few times, the listeners might come to a realization that Cha Eun-woo is so much more than just a handsome guy.