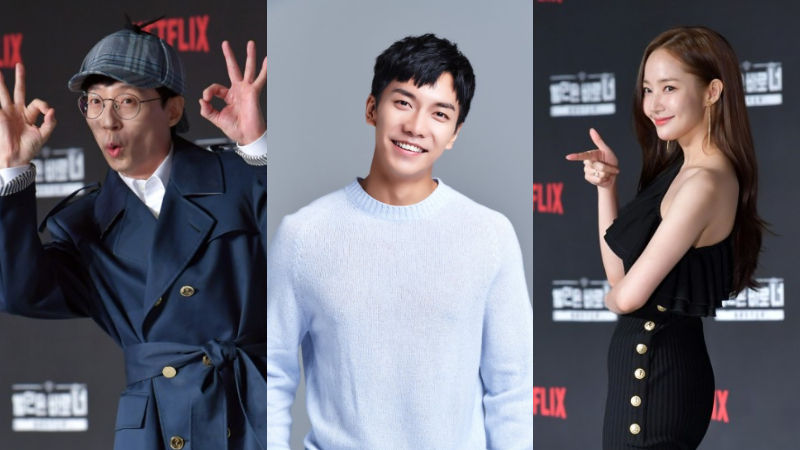 During the event, 'BUSTED' producer Jang Hyuk-jae announced that a new cast has joined the season 2―and it was no other than Lee Seung Gi!

The producer commented, "As expected, Lee Seung Gi joined the show without knowing anything. All he knew was that he will join the show as a new detective member."

He added, "Even though he may seem smart and hard-working person, but Lee Seung Gi showed us rather sloppy side of him."

Actress Park Min Young who also attended the event said, "We have already filmed our first episode together, and it feels like Lee Seung Gi was one of original cast members."

'BUSTED' is a crime-solving variety show in which the cast members take on the role of detectives to solve different mysteries.

The release date of 'BUSTED' season 2 has not been confirmed yet.