[SBS Star] Park Min Young Makes 500 Jars of Fig Jam on Her Own Just for Her Fans!

[SBS Star] Park Min Young Makes 500 Jars of Fig Jam on Her Own Just for Her Fans! 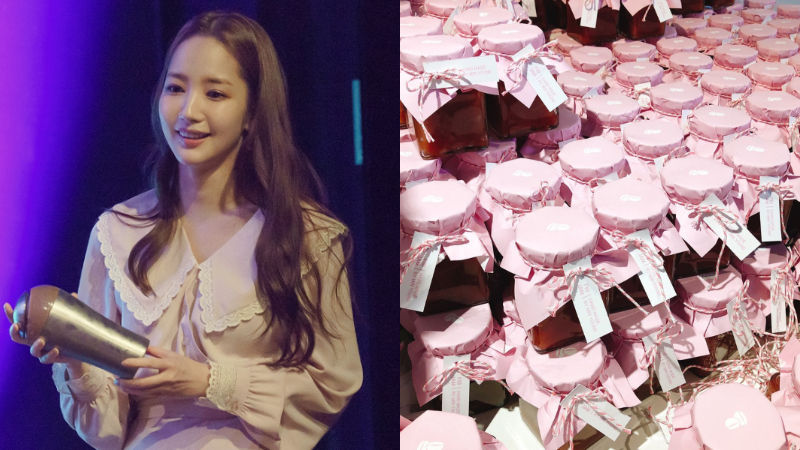 Apparently, actress Park Min Young loves her fans more than they might think.

According to her management agency NAMOO ACTORS, Park Min Young put her heart into the event and participated in every step of the way as this was the first time for her to throw a fan meeting since her debut back in 2006.

During her fan meeting, Park Min Young spent a quality time with her fans and entertained them with different performances such as singing and dancing.

After the meet and greet session, she gave everyone a jar of fig jam as a present with a little note that she wrote herself.

Park Min Young's fans were moved by her sweet gesture once again, after her agency revealed how much effort she put into this.

It turns out that Park Min Young made all those fig jams all by herself.

Park Min Young's agency stated that it took exactly three days to make 500 jars of fig jam since she decided to do everything on her own starting from buying 265lbs of figs to putting it into a jar.

This heartwarming news put a smile on everyone's faces not to mention her fans'.