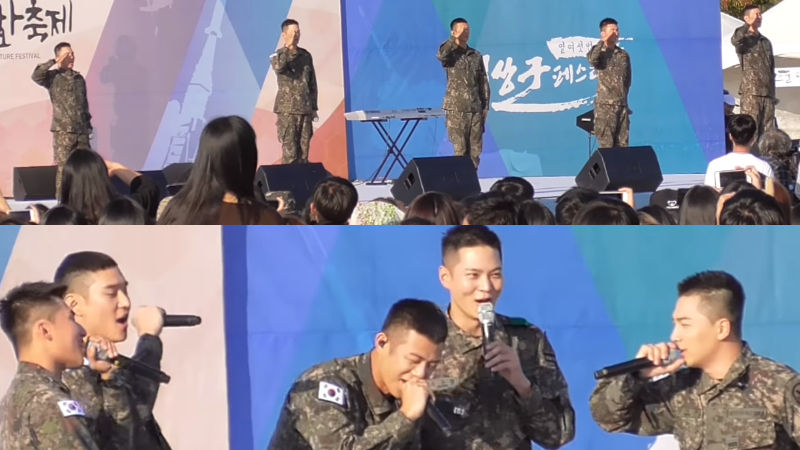 It looks like these five celebrities are still got their moves.

Their presence at the opening ceremony brought life to the festival, since the combination of those five was not something that the audience could see every day.

Whilst singing the track 'Salmon', TAEYANG, DAESUNG, Beenzino, Joo Won, and Ko Kyoung Pyo sang their heart out and owned the stage with their grooves and confidence.

Everyone was already aware of the fact that TAEYANG and DAESUNG are an amazing singer, but to find out that Joo Won and Ko Kyoung Pyo also had the voice of an angel was truly a shocking revelation.

On top of that, Beenzino also dazzled the audience with his decent rap skills.

Throughout the performance, all of them took turns to dance when they are not singing to help each other out and work up the crowd a bit easier.

'2018 Ground Force Festival with ROKA' garnered a tremendous attention among public since the five celebrities only got paid 480 won (50 cents) per an hour according to the military pay charts.

For them, it must have felt like they did not get paid at all.

Fans commented, "It's like they did the show for 50 cents.", "50 cents?! Only the Ministry of National Defense could do it.", "Look everyone. You should never underestimate the power of the military.", and many more.

You can watch their energetic stage below.