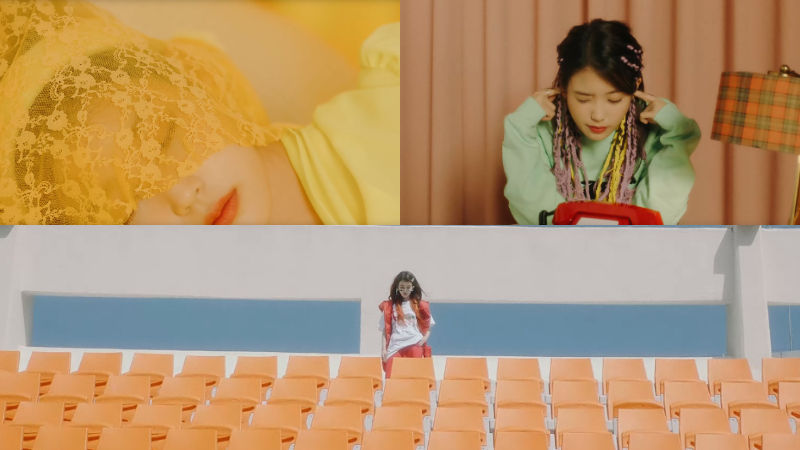 On October 8, IU dropped a teaser video of her upcoming digital single 'BBIBBI' on her social media account.

Even though it is only 20 seconds long, The teaser video impeccably describes the theme of her upcoming track 'BBIBBI' and provides a sneak peek of IU's efforts to expand her spectrum.

Alongside the teaser, IU also dropped four teaser images to build expectation towards her long-awaited comeback and arouse the public's curiosity.

The vibrant colors and the colorful objects in the teaser give off a kitsch vibe while acting as a useful tool for IU to show off her ever-changing charm.

On top of visually satisfying images, the combination of dreamy and unique melody and IU's voice saying "I don't believe it" provides a whole new level of acoustic pleasure.

Her first alternative R&B song 'BBIBBI' was written by Lee Jong-hun, the renowned songwriter who has been working with IU for few years and gave birth to many of IU's tracks including 'Leon', 'Can't Love You Anymore' and 'Palette'.

Also, to grasp the essence of kitsch and chill vibes that her new title gives off, VM PROJECT, the famous director who worked with numerous K-pop acts including ZICO, EXO, and Red Velvet took charge of IU's music video.

Meanwhile, her new digital single and the full music video will be released on October 10 at 6PM KST.