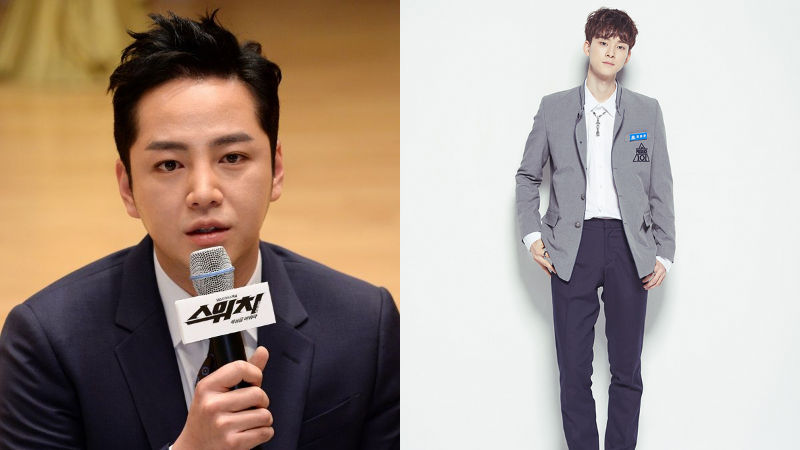 On April 25, a special press conference of drama 'SWITCH' was held in SBS. At the press conference, actor Jang Keun Suk and actress Han Ye Ri showed up to talk about the drama.

Since the two characters are completely different from each other, Jang Keun Suk talked about his struggles from playing the characters.

Jang Keun Suk said, "This drama makes me to endlessly think of my roles. When I play Sa Do-chan, I become confident and active enough to use all space of the filming site."

He added, "That's how much the character is free, active, instinctive, and so on. But Paik Jun-su is completely different from Sa Do-chan."

Jang Keun Suk noted, "He is always refined even when he moves. To describe the role, I would say he is too honest, who perfectly fits to the definition of honesty and justice."

He continued, "The staffs of our drama were so shocked at first when they saw me at the filming site. I had to play the role that is brand-new, so they said I looked really different from who I really am."

Jang Keun Suk confidently said, "When I checked my acting, I was quite satisfied with it. My acting seemed to fit the word 'Switch'. It's really hard to change from a character to the other one, but I am trying my best with responsibility as the main actor."

He held the mic back at the end of the conference to express gratitude for someone special.

Jang Keun Suk said, "Aren't you curious of how we film the parts with all my characters in? There's a stand-in to film the scenes, but his face is never shown on screen."

He noted, "He always comes to the filming site and have conversations with me. He has never been lazy with his work, and I would like to sincerely express gratitude for him."

Although Jang Keun Suk did not mention the stand-in's name, he gave a hint of the actor by saying, "He is from Mnet's audition program 'Produce 101' (2017). That's why I have a special attachment to him."

According to the staffs of entertainment industry, it is noted that the stand-in is model/actor Jeong Hyojun from YG KPLUS.

After he was in 'Produce 101 Season 2', Jeong Hyojun is seen from various dramas to build his acting experiences.

Jang Keun Suk's abrupt expression of gratitude for Jeong Hyojun not only unveiled how 'SWITCH' is filmed but also put a spotlight on the emerging actor.