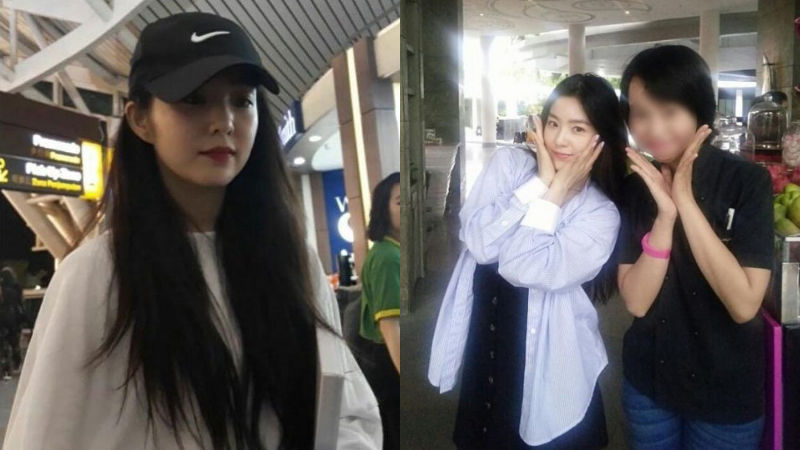 IRENE from K-pop girl group Red Velvet was spotted in Bali, Indonesia for her break, and the photos of her with her fans garnered attention from the public.

With the photos, it is reported that IRENE expressed incessant love towards her fans.

Although IRENE did not put much makeup in the released photos, her astonishing beauty was highly accentuated.

Inside the photos, IRENE is wearing shirts, black cap, and comfortable jeans that highlight her natural fashion.

Her fans responded to the photos with comments, "She is so beautiful!", "Even if she's on a break, she looks the same from stage!", "She's so nice! She takes photos with her fans!", "IRENE must love her fans.", and many more.

Meanwhile, her group Red Velvet finished its activities for the title track 'Bad Boy' from its second repackaged album 'The Perfect Red Velvet' released on January 29.

The members of the group are currently taking a break since March 5.