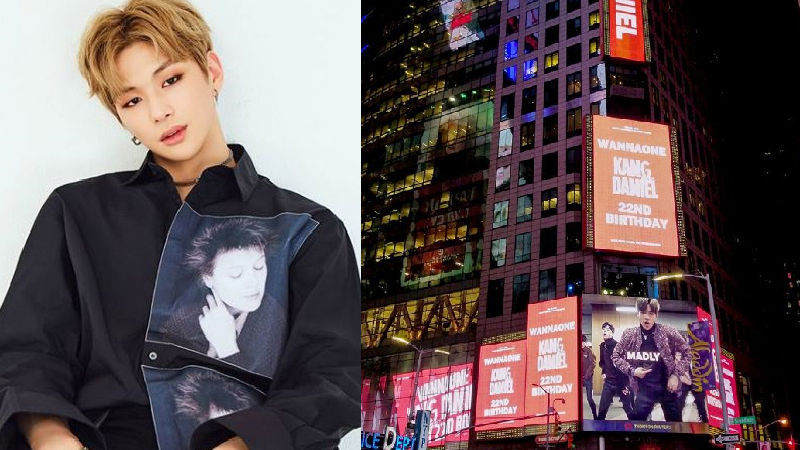 His fans celebrated the star's 22nd birthday by putting ads on the most expensive billboards in America.

It was reported that Kang Daniel's photo has been up in the NYC Time Square since December 4 nighttime in Korean time, and will be available until December 11 as his birthday is December 10.

The ad includes Kang Daniel's music video footage and his promotional photos, as well as a message from his fans 'Truly, Madly, Deeply, Happy Birthday to Kang Daniel'.

Not only in the overseas Kang Daniel's birthday was celebrated, but also in Korea there were numerous events prepared for his birthday. Locations include districts of Seoul such as Gangnam, Mapo, Jongno, as well as Daniel's hometown of Busan.