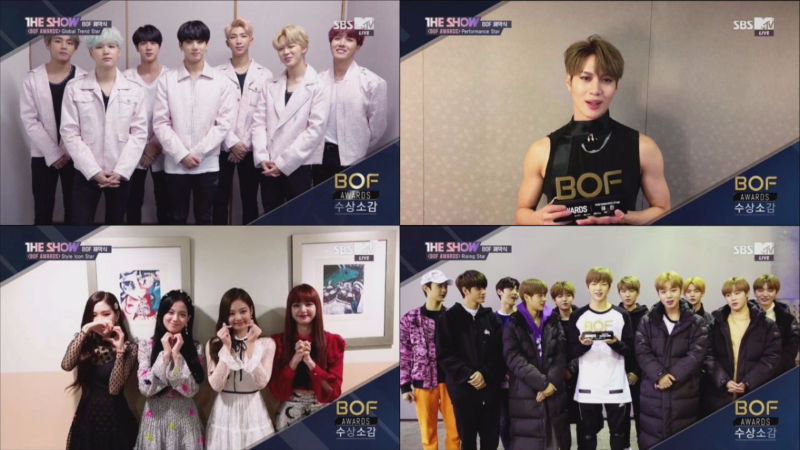 On October 31, SBS MTV 'The Show' aired the closing ceremony of '2017 BOF', which took place at Busan Cinema Center, Busan.

In total of four awards given out to K-pop stars who showed exceptional outcome this year.

Meanwhile, Asia's No.1 Hallyu festival '2017 Busan One Asia Festival' kicked off on October 22, and successfully wrapped up on October 31.