[SBS Star] So Jisub Spotted in Europe with Nam Gyuri

[SBS Star] So Jisub Spotted in Europe with Nam Gyuri 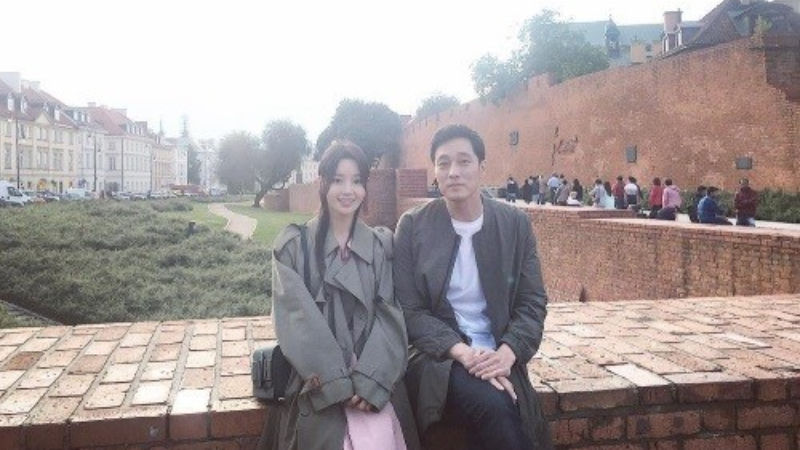 Korean actor So Jisub was spotted in Warsaw, Poland filming his new drama 'Terius Behind Me' with actress Nam Gyuri.

On June 27, Nam Gyuri shared a photo of herself taken with So Jisub on her social media account.

In the picture, Nam Gyuri and So Jisub look at the camera with a smile sitting close to each other.

They look like a real couple who went on a trip to Europe together.

The beautiful background of the capital city of Poland catches the eye of many people as well.

Along with the caption, she wrote, "With So Jisub in Warsaw for 'Terius Behind Me'."

'Terius Behind Me' is a mysterious romance drama about an agent at the National Intelligence Service (Jung In Sun) and her neighbor (So Jisub) trying to unmask a conspiracy involving her missing husband.

In the drama, Nam Gyuri will play the role of So Jisub's ex-girlfriend.

'Terius Behind Me' is set to air early September, but the specific date has not been confirmed yet.