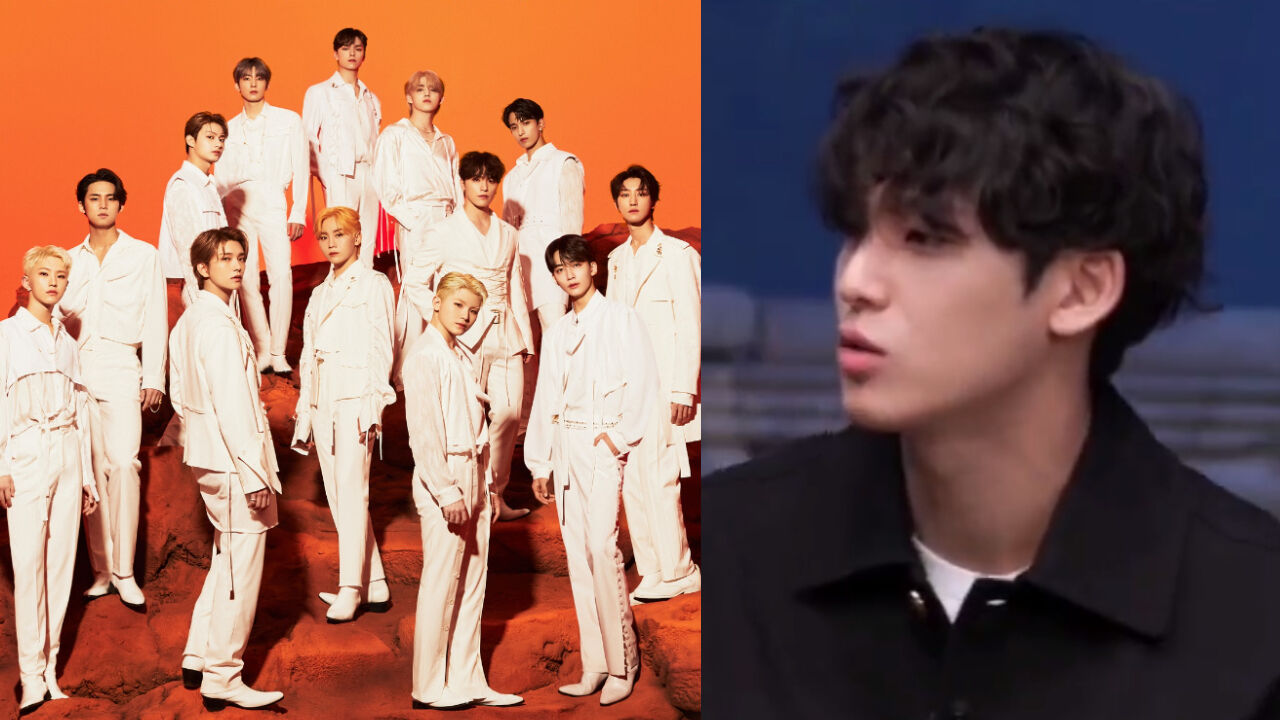 On May 24 episode of WATCHA's original series 'The Goblin that Takes Away Your Wisdom' (literal translation), all members of SEVENTEEN made a special appearance.

In this show, SEVENTEEN revealed how all 13 members recently came to renew their contract with the agency of seven years―PLEDIS Entertainment.

Not all, but a lot of K-pop groups disband or each member join a different agency at the end of their original contract with the agency where they made debut.

It is a rare case that all members, especially a group that consist of 13 members, to renew their contract like SEVENTEEN.


As the members picked MINGYU as someone who played a big part in getting them to renew their contract together, MINGYU commented, "Renewing our contract may be something big, but it wasn't for me at all. It was just like, 'I'm just continuing what I've been doing.' It just seemed natural."

He continued, "So, I tried to talk about it with my members months before the end of the contract. I was confident that all of us were going to continue to stay with each other. It wasn't hard to begin the talk, but we did have to speak about it many times after that. It took us about nine months."

S.COUPS added, "The one thing about MINGYU is that he's always very positive, whatever it is. He managed to deliver that positive energy to us, and that's how we were able to come to make this decision in the end."


Then, SEUNGKWAN shared how their contract was renewed in more detail.

SEUNGKWAN stated, "Usually at times like this, each member would have a meeting with the agency management team one by one, but we decided to go in at the same time. That's how much we wanted to remain as a team."

WOOZI added, "The hardest part of the contract renewal was that each of us had to speak about money, own goals and things that may hurt their feelings in front of one another. It was some deep stuff, and that wasn't easy. The reality was harsh."

SEUNGKWAN explained, "They were thing like, how many years we wanted the contract to be, how we were going to divide our earnings, and things like that. We also had to make some deals with our agency. It wasn't an easy journey, but we felt grown up."


Debuted in May 2015; PLEDIS Entertainment announced the renewal of SEVENTEEN's contract in July last year.

(Credit= WATCHA The Goblin that Takes Away Your Wisdom, 'seventeennews' Facebook)