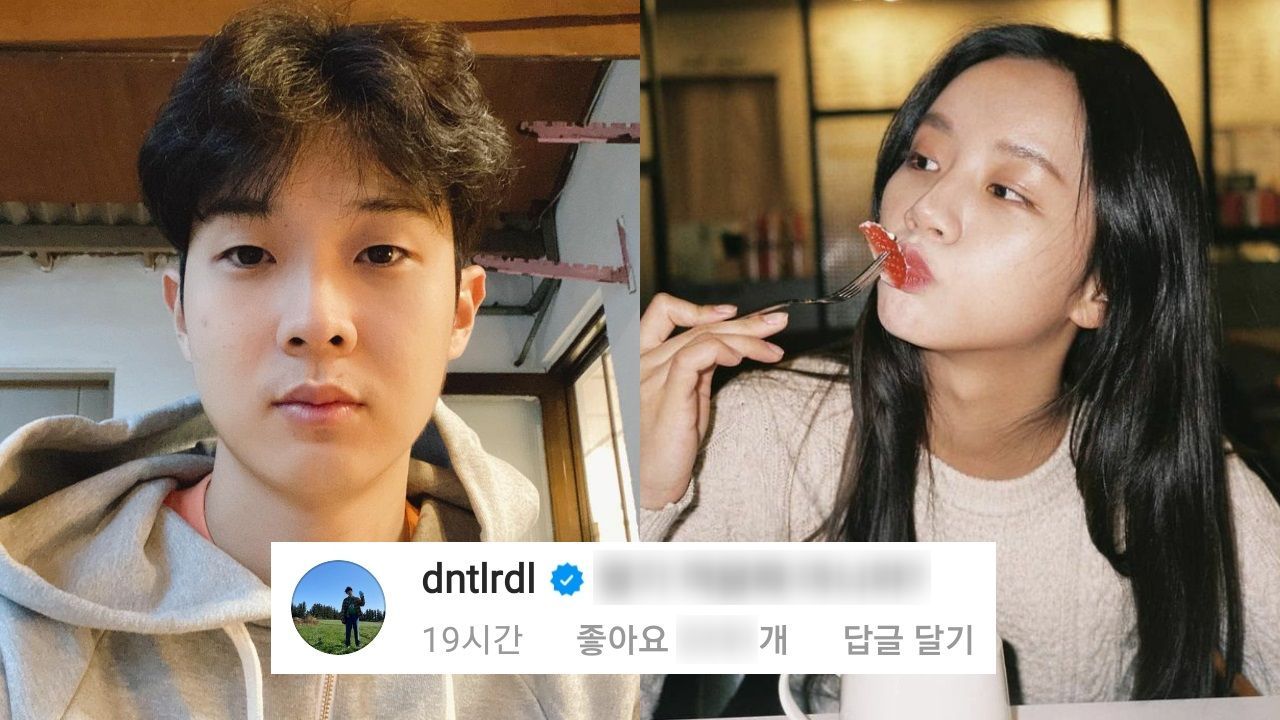 On February 23, Hyeri updated her Instagram with a new photo.

The photo was of her holding a strawberry with a fork close to her lips at a coffee shop.

Under this photo, Hyeri wrote, "When was this?"

Not long after the photo was uploaded, Choi Woo Shik made a visit to her Instagram.

In the comment section, Choi Woo Shik wrote, "Isn't it when you were eating a strawberry?"

What he said was true, but it was something nobody expected anyone to respond to the post.

His remark made many fans as well as Hyeri laugh for ages.

Choi Woo Shik and Hyeri became close while starring in a movie 'Monstrum' in 2018.